I fell in love with the nation’s capital when a little show called The West Wing led me to a visit. Before I ever travelled here, I read a lot of books about Washington, D.C. The first time I saw it was at night, driving around the lit-up monuments, and it felt like a TV set. I moved here in 2012 for two years, and it’s 2021 and here I still am. I love this place, despite its flaws and how seriously it takes itself, and maybe even because of some of these things.

D.C., of course, is not just the seat of power. It’s steeped in American history, of course. It’s a nexus for political protest. It’s home to a sizable African American population, increasingly pushed to the edges by gentrification. It’s also a place where people go about their lives, fall in love, have kids, study, and work in all kinds of fields. But the extensive presence of highly educated, highly ambitious, highly idealistic people seeps into every aspect of D.C. life, for good and ill, and with sometimes amusing, sometimes eye-rolling, sometimes devastating affects. Here’s a collection of books for every age that reflect some aspects of the city I call home.

This book helps you teach your little one the alphabet with beautiful illustrations of images and concepts that bring D.C. to mind: U is for the U.S. Constitution, V for Vintage Campaign Buttons. Alphabet books are not just educational, they are also soothing for bedtime, as the pattern of A is for…, B is for… repeats itself. 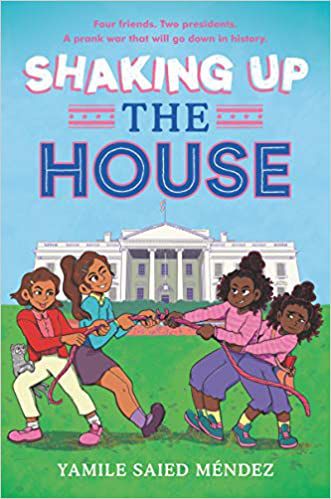 Shaking up the House by Yamile Saied Méndez

This middle grade novel about a change of President focusses on two sets of First Children and the prank war that ensues when two girls must hand over their home — the White House — to its new inhabitants. 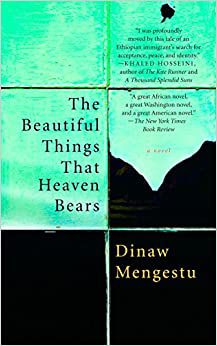 The Beautiful Things That Heaven Bears by Dinaw Mengestu

This 2007 novel about immigration, race, and gentrification won countless prizes and was named a New York Times Notable Book. It explores the life of a young Ethiopian immigrant finding his way in Washington, D.C.

“It was a textured story about the immigrants’ struggle in America, rendered in beautiful prose and from the perspective of an African shop-owner in Washington, D.C.,” says The Economist. 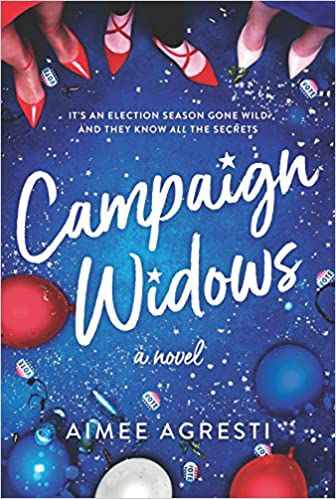 Sometimes, the most unlikely people can be thrust together into something like friendship — or, at least, each other’s company. Aimee Agresti’s novel about four women whose spouses are away on various political campaigns explores that kind of relationship.

Booklist gave it a starred review, saying: “Agresti’s first novel for adults hits the right balance of Washington insiderness and women’s fiction,” adding that it combines “domestic and romantic foibles with an enticing cast.” 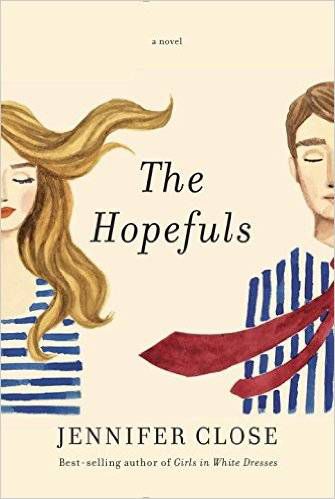 The Hopefuls by Jennifer Close

“This is what people talk about at an Obama campaign reunion,” begins this book, and you know straight away that you’re in the hands of someone who can make the political world of D.C. come alive, complete with its ambitious and sometimes insufferable campaign staffers. 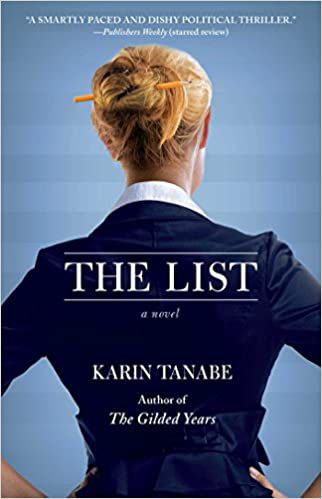 This novel may have been set in 2013 — what now seems like an endearingly simple time — but it’s a lot of fun, and will give you all the Veep vibes. Karin Tanabe was heavily inspired by her time at Politico when she wrote this story about a young journalist who crouches in bushes at the White House Correspondents’ Dinner and discovers a scandal she has to decide whether to break. 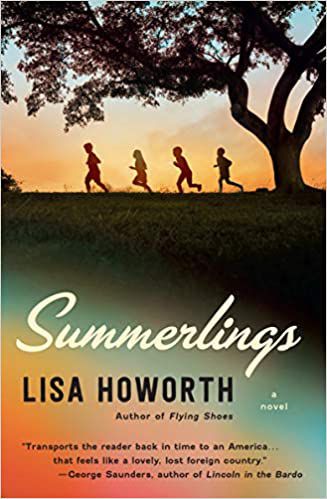 Set in the summer of 1959, amid Cold War–era tensions between neighbors just outside the city, this short novel is a delightful coming-of-age story about a group of kids thrilled by the arrival of enormous spiders and determined to throw a party and get everybody they know to like each other. A passage towards the end of the books shows how little about the character of the city has changed in sixty years: “I can see that much of the drama was just Washington, where things can change fast, weirdness and treachery can prevail, people and things are neither what they seem nor what they are said to be […] and everybody is forever moving on.” 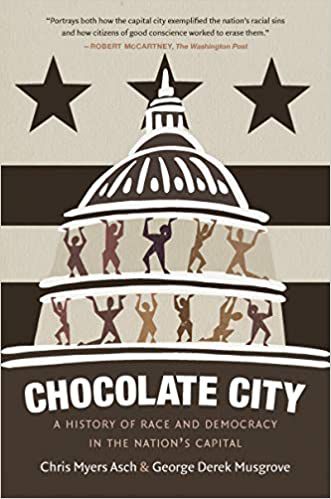 Chocolate City: A History of Race and Democracy in the Nation’s Capital by Chris Myers Asch & George Derek Musgrove

If you want a thorough, extensive history of D.C. not just recently but in the past four centuries, this is a great place to start. At over 600 pages, it chronicles the District’s many transformations from a plantation society to the first Black majority city, from a center of the slave trade to a place ringing with protests for justice. 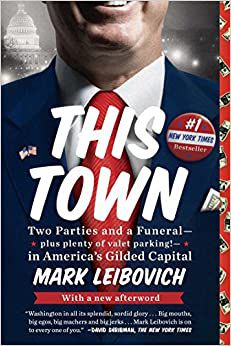 This Town by Mark Leibovich

While D.C. feels like a very different place from how it did in 2013, when this book was published, it’s an important book for understanding how people think and behave in “this town” — an almost anthropological study of the political side of D.C., with all its sometimes laughable excesses. 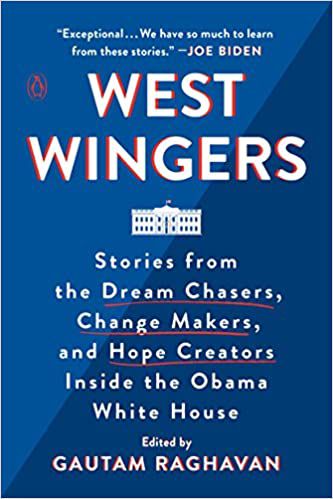 This collection of essays gives a great flavour of the smart, ambitious staffers who worked in the Obama Administration — stories, in the words of the subtitle, from dream chasers, change makers, and hope creators.

If you liked this post, you should also check out 5 of the Best Books by D.C. Writers To Watch For in 2021!