I’ll never forget my childhood experiencing Disney books. When my mother would read me fairytales before bed in Puerto Rico, she usually read English hardback Little Golden Books of classics like Sleeping Beauty and Cinderella. I was enthralled and they usually lulled me to sleep.

Yet, there was something about the 1965 novel The Hundred and One Dalmatians by Dodie Smith that captured my attention later on. There was a certain villainous character by the name of Cruella De Vil that seemed entirely evil, yet, entirely full of sass. I loved her fashion sense in the Disney film, which I watched eagerly as a kid, and now that Disney is releasing the live action film Cruella, I was inspired to research more about the character in 2021. While I did not agree with her running after adorable and innocent Dalmatians back then, there’s something about this 2021 version that intrigues me.

One Sunday afternoon, me and a group of friends experienced creating some graffiti art at the Museum of Graffiti in Wynwood in Miami. First, we donned ponchos, ready to paint some Cruella inspired art, and dressed up to represent her fashion in the new film. The result made me eager to explore some books that were inspired by Cruella herself, and took me right back to memories of my childhood. In all honesty, I am super excited to experience the new film with the amazing Emma Stone, and wanted to read more about the character through YA and children’s books, which I adore and have a ton of on my bookshelves.

While it was difficult to find authors of color depicting the character in books, I would definitely love to see that in the future. A Latina Cruella? That would be amazing and very welcome in the bookish and movie world.

Below are five novels relating to Cruella De Vil to accompany the release of the 2021 film in movie theaters and Disney+. They made me love — and sometimes not love — Cruella, and get to know her better. While she’s got quite the evil side, there’s something to be said about her that is simply inspiring, like her go-to attitude and her impeccable fashion.

The Kids Are All Right Newsletter

Sign up to The Kids Are All Right to receive news and recommendations from the world of kid lit and middle grade books. 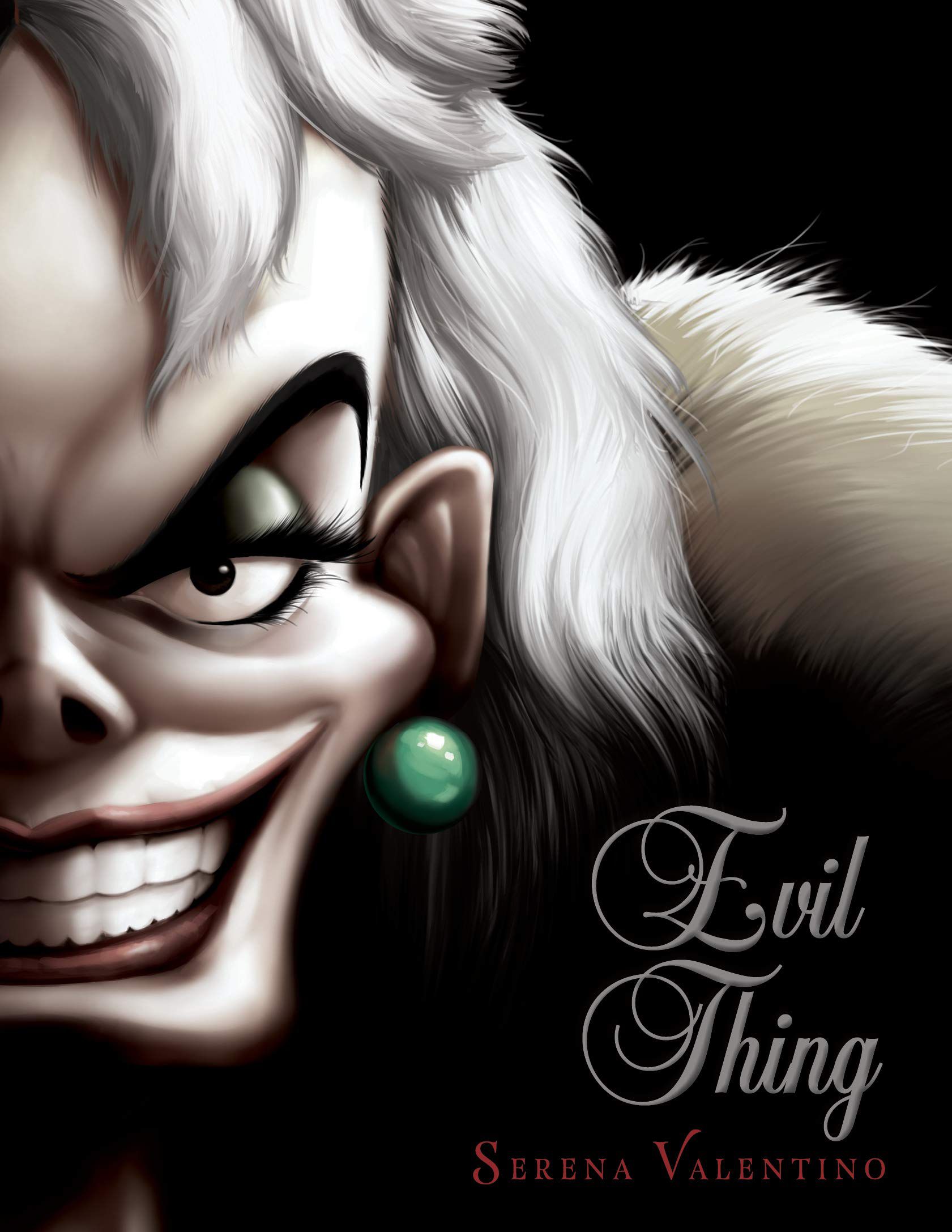 In this novel, the 7th in the Villains series, Cruella De Vil is the perfect villain: stylish, witty, relentless, and even possibly cursed.

The book explores her lonely childhood, her iconic fashion choices, and that fateful car crash that changed her life. The whole time, Cruella tells all in this memoir of a woman who did not have the best of luck. Yet, little did we know that even the cruelest villains have best friends, true loves, and daring dreams. In this novel, it’s Cruella’s turn to share hers. I enjoyed it so much and highly recommend the emotional rollercoaster that comes with reading this tale.

This story brings readers a tale told by the Evil Thing herself, one that is full of the complicated bonds of female friendship, of mothers and daughters, and of desire that could lead the character to make questionable choices. 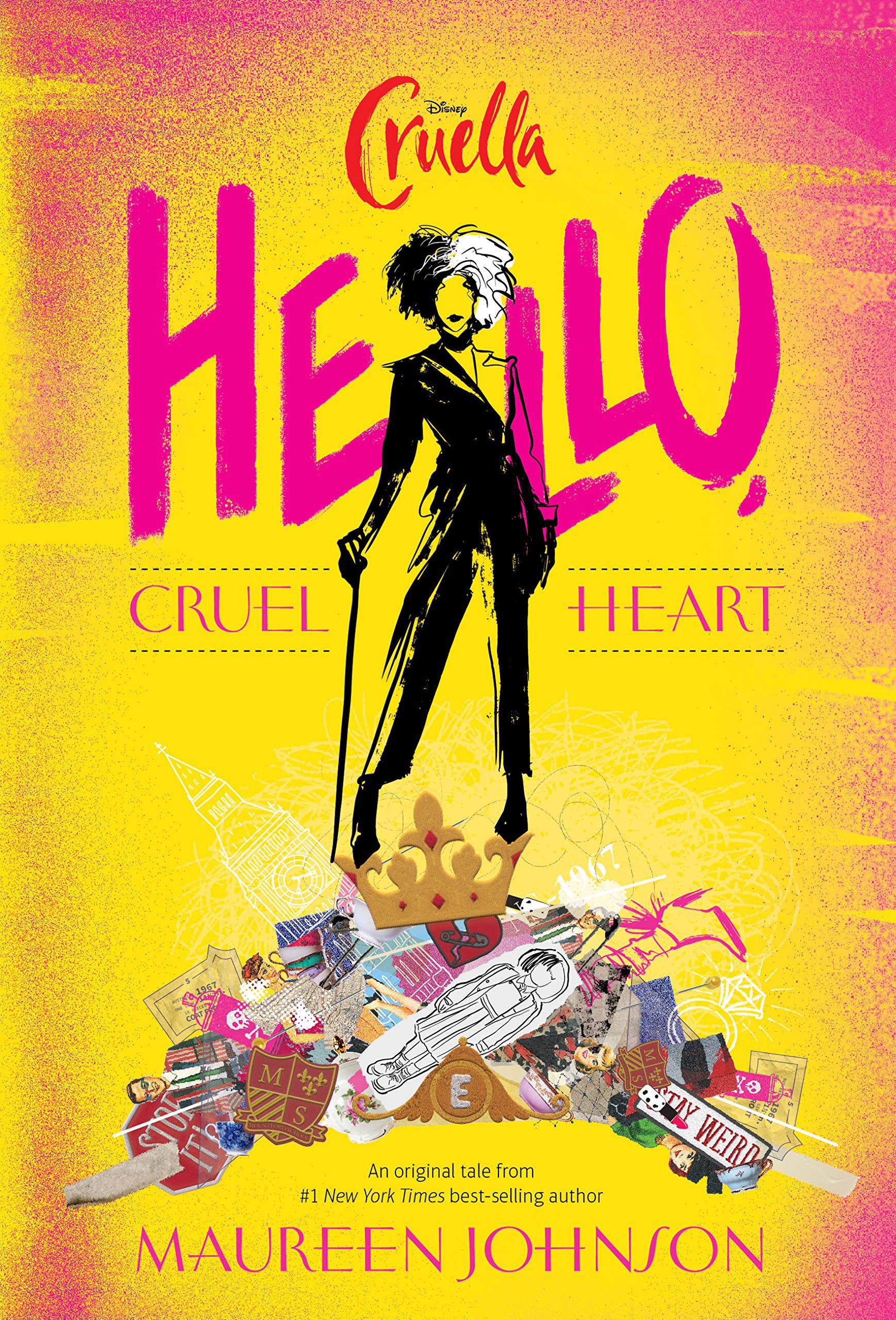 Written by author Maureen Johnson of the Truly Devious series, this novel is a more modern take on Cruella De Vil.

In the book, it’s currently London and summer 1967. In that environment, 16-year-old Estella dreams of becoming a renowned fashion designer and is full of ambition. Yet, her messy self seems intent on making sure her dreams never come true.

Having arrived in London as a young girl, Estella now runs wild through the city streets with Jasper and Horace, amateur thieves who double as Estella’s own little family and partners-in-crime. It’s really hard for Estella to dedicate herself to joining the ranks of the London design elite when she’s sewing endless costumes and disguises for the group’s heists.

Then there’s a chance encounter with Magda and Richard Moresby-Plum, two young figures of high society. This chance meeting propels Estella into the world of the rich and famous, and suddenly she begins to wonder whether she might be destined for more after all.

In the blink of an eye, Estella’s days are filled with glamorous parties, exclusive eateries, flirtations with a rock star, and the most cutting-edge fashions money can buy. Yet, is keeping up with this fast crowd a good idea? What price will she pay?

This novel is a fun romp that will keep you turning pages and enjoying learning more about Cruella before she became who she is. 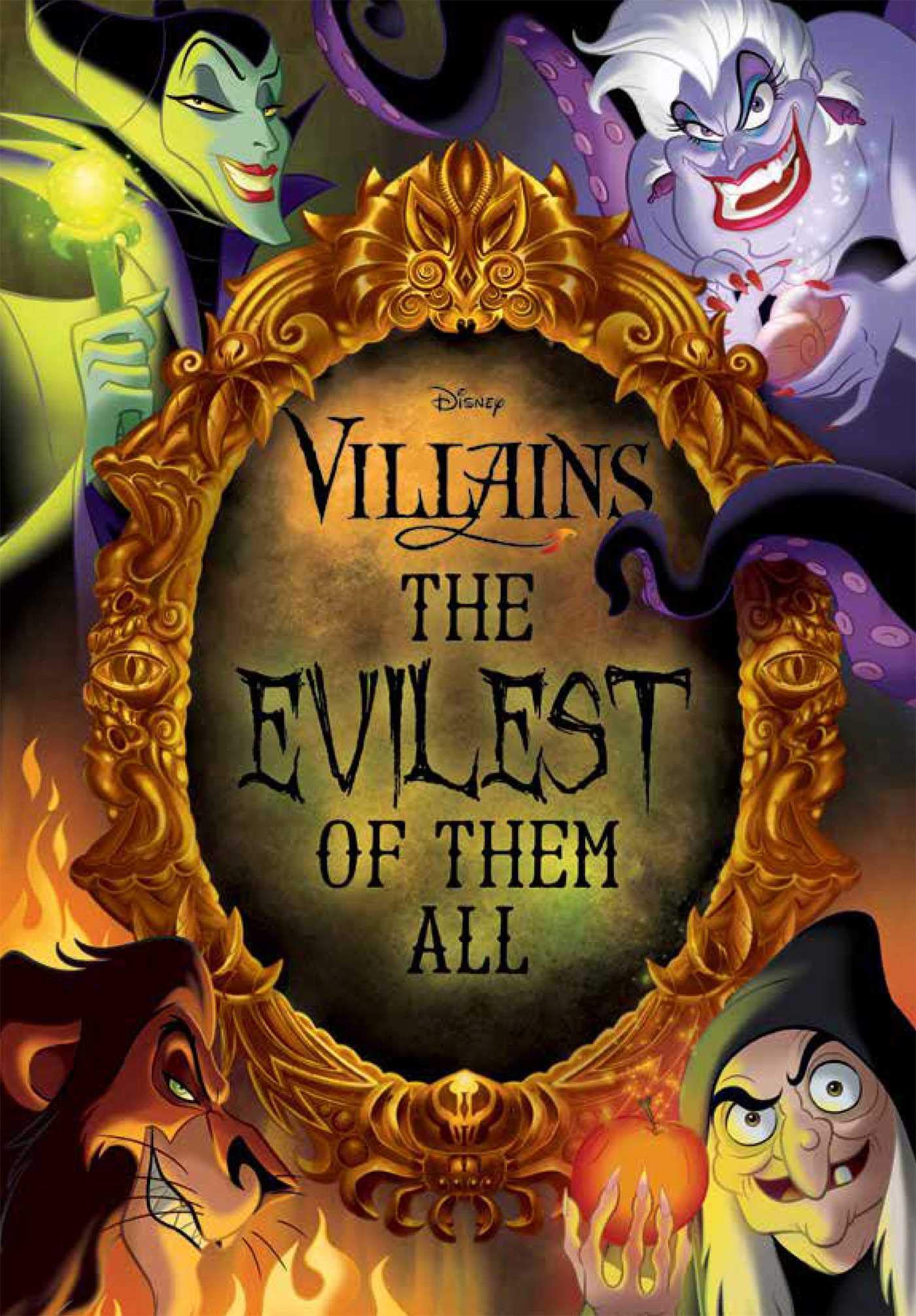 Disney Villains: The Evilest of them All by Rachael Upton

In this book and journal for all ages that explores the best Disney villains, you’ll be able to immerse yourself in their twisted tales.

While a villain acting vile is merely part of the job description, who is truly the most evil one of all? With this book, you can dive into the trouble-creating thoughts of the Evil Queen, Jafar, Ursula, Cruella, and more as they recall their most wicked achievements.

The book features gatefolds and lift-the-flaps elements, where readers can dive into the minds of the best of the worst of these villains and their lives in a book meant for all fans of Disney villains.

The book is interactive and it is a great way to explore Cruella’s villainous side. 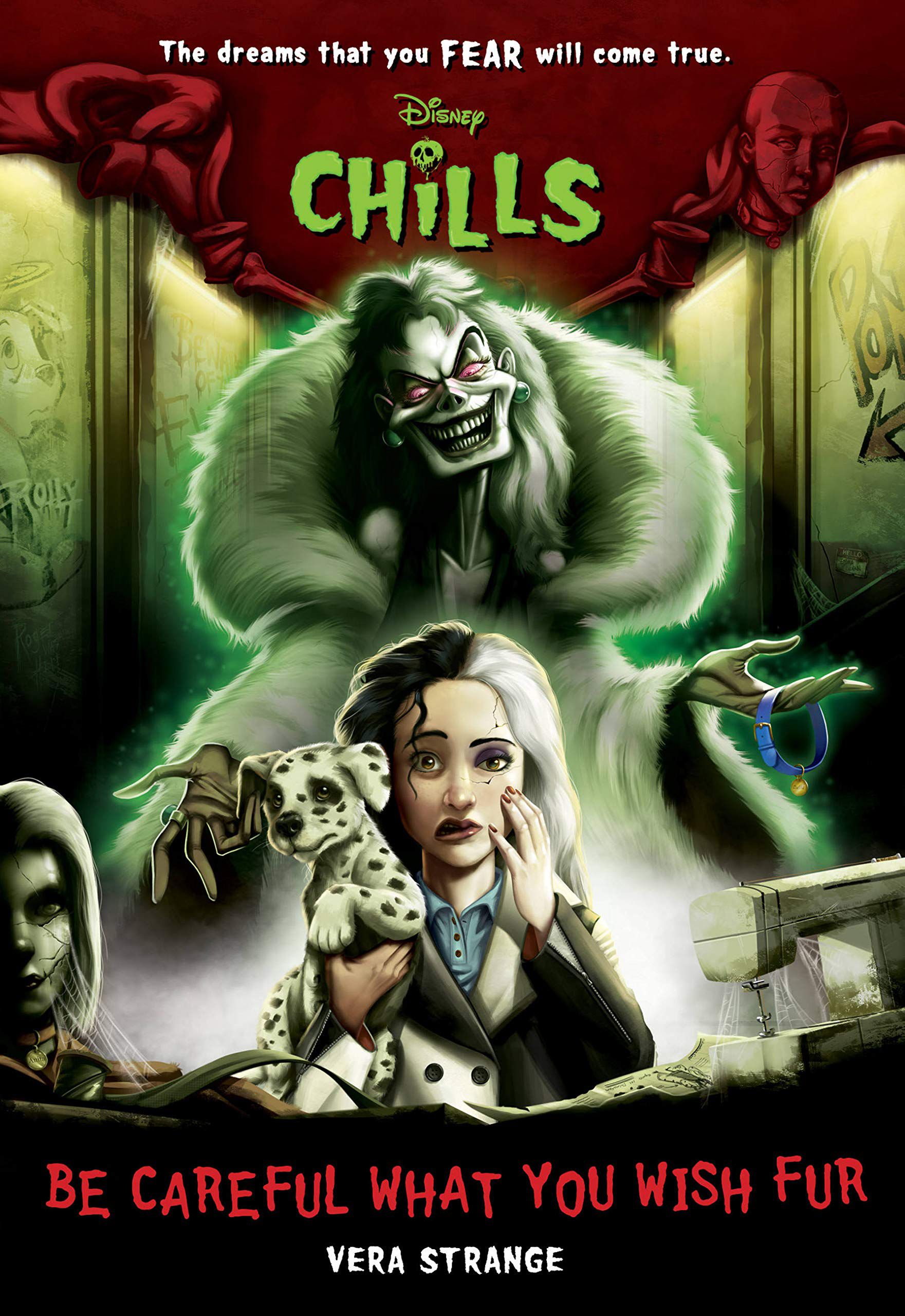 Be Careful What You Wish Fur by Vera Strange

In this installment of the children’s and middle grade Disney Chills series, younger readers can explore Cruella and her evil background, plus, impeccable fashion sense.

In the book, 13-year-old Delia adores fashion and beauty products, spending hours in her room attempting to take the perfect selfie, looking to be as trendy as the other girls at school.

Unfortunately, Delia’s family does not have the means to keep her love of fashion in the budget, so it becomes hard to keep up with the latest styles. One day, she finds a faux fur coat at her local thrift store in perfect condition, and discovers that when she wears it, she’s completely transformed. While wearing it, Delia becomes prettier, super confident, and extremely popular. It seems like, finally, all is perfect in her life.

That is, until the original owner of the coat decides that she wants it back. Enter Cruella De Vil, who will stop at nothing to reclaim her most prized possession. In a moment, Delia tries to make a deal with De Vil, yet with this deal she’ll learn that beauty is possibly not worth the price.

This mystery might keep you on the edge of your seat and is certainly a fun read. 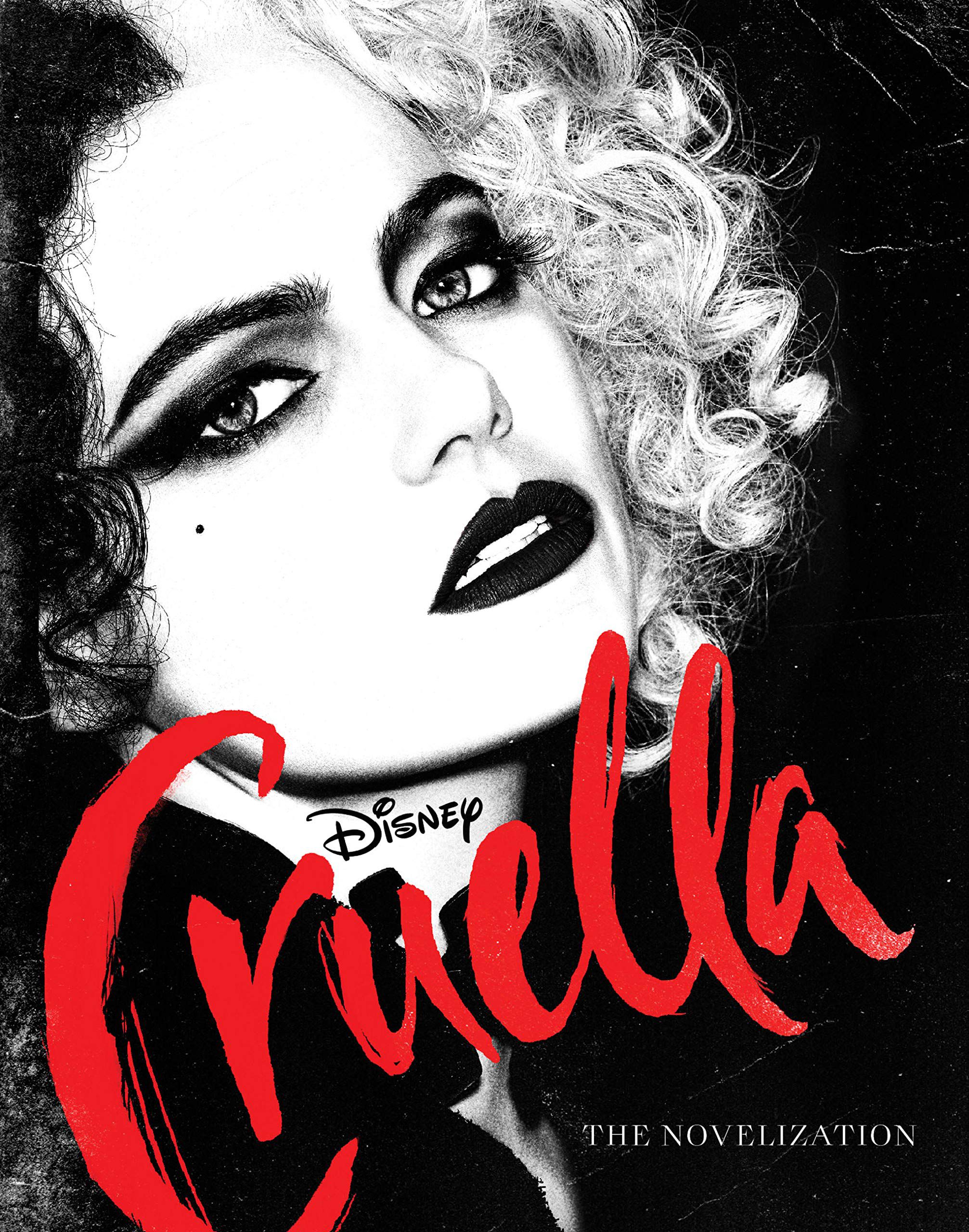 If you are itching to watch the film ASAP, or have watched and want to read more about it, this is the novelization for you to grab.

In the book, we follow Estella. She is a clever and creative grifter determined to make a name for herself with her designs amid the 1970s London punk rock revolution. As a girl, Estella became close friends with a pair of young thieves, and together the trio has been able to build a life for themselves in London. But Estella has a secret…she longs for more than an existence built on stealing to survive.

Then, one day, Estella’s fashion sense catches the eye of the Baroness Von Hellman. The woman is a design legend with chic looks who is in love with haute couture. Their relationship creates a set of events and some surprising revelations that will finally cause Estella to embrace her wicked side.

This novel follows the movie, and it’s great to see Estella become the fashionable and revenge-filled Cruella de Vil.

Which Cruella De Vil–inspired book do you plan to pick up? Are you excited for the new film? Let me know at @AuroraMiami and let us know at @BookRiot on Twitter.