The Tottenham Hotspur faithful have taken to social media in numbers this evening, to respond to what has been widely deemed as an altogether defeatist message on the part of the club’s Twitter team.

A new era on the Lilywhite half of North London is of course set to get underway shortly.

After opting to part ways with Jose Mourinho, Spurs will play out the club’s first competitive fixture under the guidance of new boss Nuno Espirito Santo.

The clash could not come as a much more challenging one, with a daunting showdown with Premier League champions Manchester City in store.

NEWCASTLE UPON TYNE, ENGLAND – NOVEMBER 30: Pep Guardiola, Manager of Manchester City looks on prior to the Premier League match between Newcastle United and Manchester City at St. James Park on November 30, 2019 in Newcastle upon Tyne, United Kingdom. (Photo by Ian MacNicol/Getty Images)

The job at hand for Nuno’s men, meanwhile, was made to look an even more harrowing one shortly before the announcement of the club’s starting line-up for this evening.

This comes with star man Harry Kane, of course hotly tipped to make the move to the Etihad this summer, having been completely omitted from the hosts’ matchday squad.

Tottenham, for their part, have assured that the absence of their attacking spearhead comes with Kane simply not yet fit enough to feature.

🚨 Tottenham striker Harry Kane has not travelled with the Spurs squad for today’s meeting with Manchester City. Only returned to training on Friday and not deemed ready to be involved yet @TheAthleticUK #THFC #MCFC https://t.co/CeDzT0Y4bg

Murmurs amongst the club’s fanbase that the English international may in fact be mounting one final push to secure a big-money Man City move, though, have inevitably begun to spread.

As such, it is safe to say that the atmosphere in North London ahead of kick-off on Sunday is, at best, a tense one.

It therefore goes without saying that any content posted across Spurs’ social media platforms over the last hour should likely have been double-checked, to assure that further fuel was not added to the mounting fire.

In turn, it came as nothing short of a shock when the following message, assuring that ‘Whatever happens, we’ll give it absolutely everything’, made its way onto the Lilywhites’ Twitter account shortly before kick-off:

Whatever happens, we’ll give it absolutely everything.

The tone of the message has since been widely construed as one of a defeatist nature, amid suggestions that Spurs’ admin could only realistically have been hinting at one of two things.

Either that Harry Kane is indeed set to move on, or that actually securing a result this evening could prove a bridge too far for the club:

Fuckin hell we’re really becoming a “well we may have lost but we made it a difficult game for them” kinda team. Yeah we belong in the Conference League.

It’s obvious means Harry Kane is leaving in this tweet

So if we get spanked 5-0 no matter because we gave it everything?! This squad needs action and better players in, not cheap words, get on with it!!

Why does this sound like a resignation of defeat? Have some faith lads

Whatever happens…. have a word …
And as for Kane and Ndombele …. turn the lights off on the way out …. the levels of disrespect are off the scale https://t.co/n1Z2YO2Hyz

Early insight into Nuno’s Spurs: ‘Calming effect’ hailed but Portuguese ‘distant and uncommunicative’ away from training 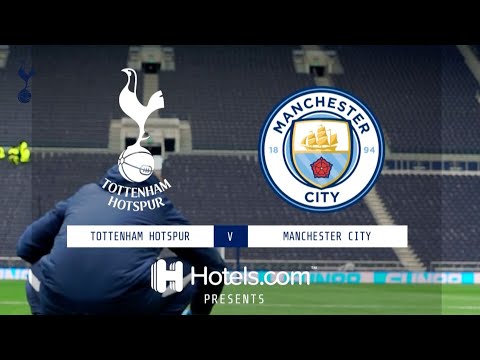