Hyuro was invited in 2020 to paint two walls for the festival Echappées d’Arts in Angers, France, where artists like Aryz, Nuria Mora, Jean Moderne, Tellas, Tania Mouraud, Hitnes, Daniel Munoz, Okuda, Vhils, and more were invited in the last years.

During the preparation of the project, at the end of the month of may 2020, she sketched and wrote  :

” The concept of the wall which I like most is a kind of celebration of life, there for the reading can work out with the actual moment we are living, with my personal situation which make it very special for me and to start, because I read an article, which stayed strongly on my mind, which title was ̈Angers and the sweetness of living ̈, it was a recently article talking about the simple nice things of this city. The idea are two figures dancing while sharing a beautiful blanket, one figure in each wall, you will see it clear in sketch, but I am happy with that idea since months now. “

Hyuro was then in treatment to cure herself of leukemia, she wanted through this painting to celebrate the life and the sweetness of life in Angevin. Unfortunately, despite a long battle, the disease took her down in November 2020 at the age of 45.

Tamara Djurovic, Hyuro by her artist name, was born in Argentina in 1974, then moved to Spain, to Valencia. Within ten years, Hyuro had established herself as one of the most respected painters in the world of “Street Art”. Her monumental works, of great gentleness and imbued with humanity, are visible all over the planet, all over Europe, but also in Brazil, Morocco, the United States and in her native country, Argentina.

After discussions with her relatives, including the painters Escif and Axel Void, we made a point of bringing this project to fruition by paying tribute to her : the sketch she had sent us was painted in august 2021 by two artists who were close to her : FAITH47 (South Africa) and HELEN BUR (England). 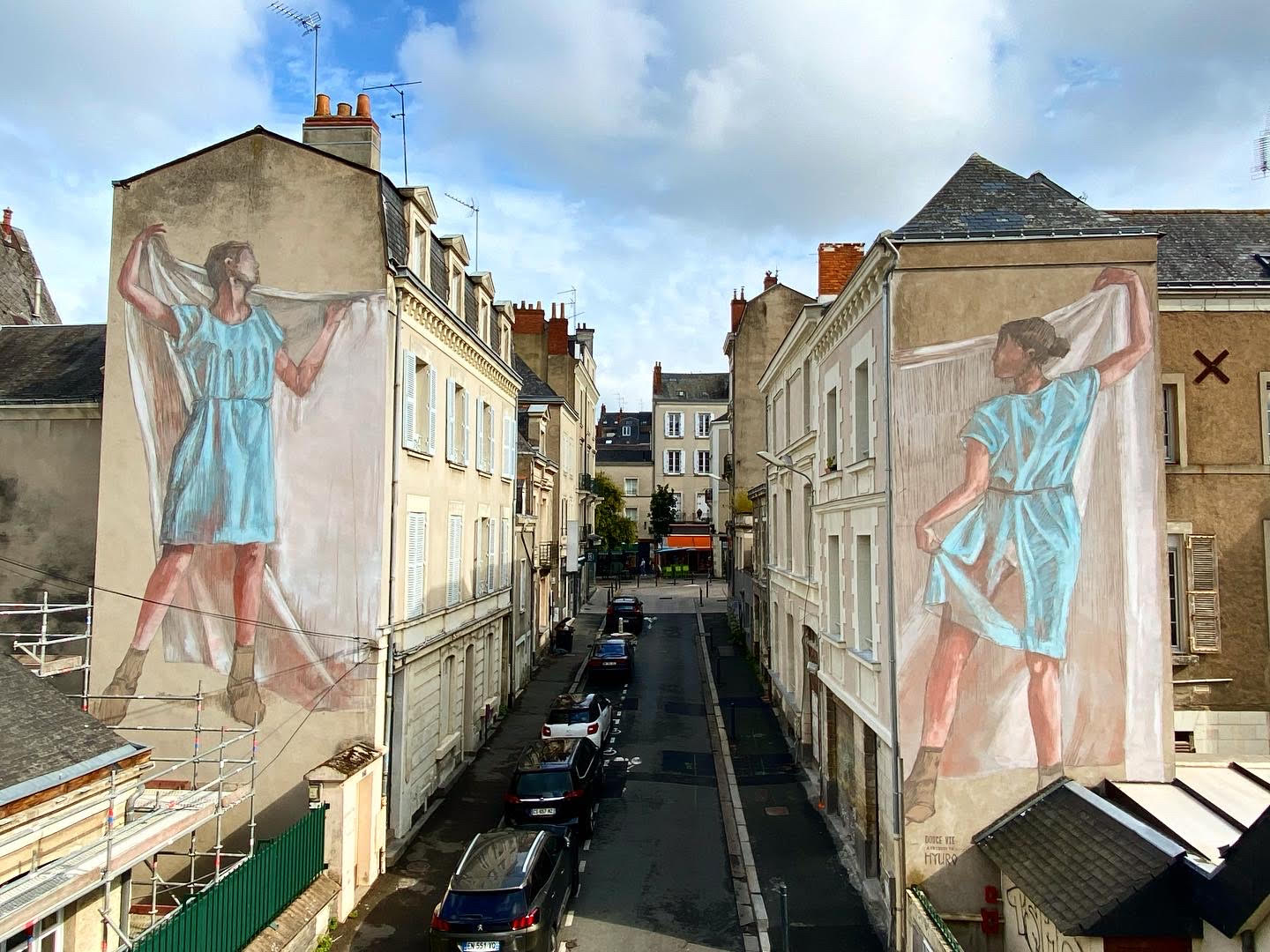 Take a look below for more images of “DOUCE VIE”: A Hommage to Hyuro

Watch the interview of the artists for the City of Angers here.