Tributes have been paid to the man who created Newsround. Edward Barnes, who came up with the idea for the programme, has died at the age of 92.

He came up with the idea for a news bulletin for children when he realised that there weren’t many children watching the news.

Newsround presenter Ricky Boleto has thanked Mr Barnes on behalf of presenters past and present for his role in bringing the programme into existence.

He said: “I owe an awful lot to Edward Barnes. His vision for Newsround inspired not only me, but so many journalists over the last 50 years.

“Standing in the Newsround studio wouldn’t be possible without his commitment to making news for children.” 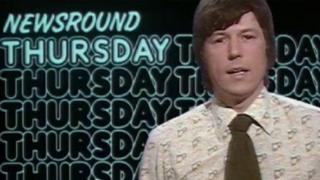 As well as helping to create Blue Peter, Mr Barnes was also a producer on the show. The programme became famous for its pets and live animals in the studio. These were loved by children across the UK.

It also became famous for its presenter challenges and of course the Blue Peter badge.

“One of his greatest achievements was creating John Craven’s Newsround (as it was then called) which was the world’s first news programme especially for children. The fact that Newsround celebrates its 50th anniversary next year means his legacy lives on.

Edward will be much missed not just by me but by the countless budding programme makers who worked with and for him over the years.” 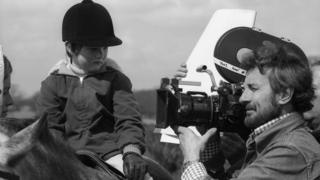 Mr Barnes said the Newsround idea came to him and others in the BBC when they realised children were missing out on news content.

In an interview in 2018 he said, “Figures for children watching the adult news were dreadful. News signalled the end of children’s programming at 5.40 and on came the news, so it was the end of their special time and on came this boring man in a suit talking.

“I was wondering if children were going to be brought up being more ignorant of current affairs than children of a pre-television age.” 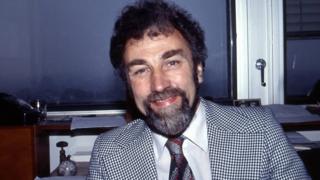 Edward Barnes as a younger man

Another concern was that, not only were children not being informed about the world around them, but they also didn’t have a platform to hear about the stories important to them.

He added: “There are also a massive amount of stories that were going unreported that affected children.

“There are stories that are of particular interest to children and they should be given a huge priority.”

But Mr Barnes said some people in the BBC weren’t keen on the idea at the time, as they thought telling children about frightening real world events could be “violating children’s innocence”.

He added: “There was a Victorian idea of childhood, that it is something to be protected and guarded – there was still a lot of that around at the time.” 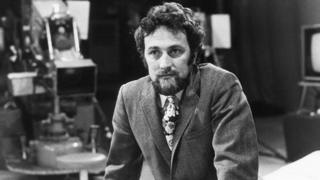 Edward Barnes suggested the idea of a children’s news bulletin as something to help fill time if there was an under-running or over-running TV schedule.

The agreement was that the news stories would be supplied by the BBC News department, but that the people in charge of children’s TV would make the ultimate decision on what to include.

John Craven was the show’s first and longest-serving presenter, hosting Newsround for 17 years from 1972 to 1989, and appeared in more than 3,000 bulletins during his time on the show.

Newsround has now enjoyed almost 50 years on our TV screens. 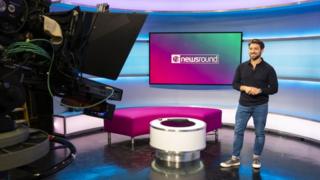 This is the studio we’re used to seeing today – quite a bit different to when Edward and John Craven launched the programme!

Presenter Ricky Boleto said: “It’s true so much has changed since the programme launched, but some things remain exactly the same. Our audience are still at the heart of everything we do and that’s down to Edward Barnes and John Craven.”

Former Blue Peter Editor and Producer of Newsround, Lewis Bronze, described Edward Barnes as “a great boss, and a friendly critic and viewer”.

“He wanted BBC Children’s programmes to be the very best they could be, and to be produced to the same high standard as the best BBC shows. He believed that our audiences of children deserved excellent original British-made programmes and he strived and challenged us to make those programmes.”

Edward Barnes worked on Blue Peter with his late wife Dorothy. Mr Barnes’ son – author Simon Barnes told Newsround: “Part of my childhood was his collaboration with my mother and colleagues at the BBC.

I know that my mother’s contribution was vital to everything that he did.”

Edward Barnes became the head of BBC children’s programmes for eight years until 1986.

After retiring he worked as a freelance film director before completing a course in pastoral theology.