Who lobbies the government hardest on climate change? Not the corporations that back climate action


Corporate support for government action on climate change is muted in Australia, with the most intense lobbying coming from resources and energy companies calling for more limited change.

Resources and energy companies undertake the most intensive lobbying on climate change, and most have policies that do not accord with the Paris Agreement goal of limiting global warming to below 2 degrees Celsius and preferably below 1.5 degrees.

Corporations that back reaching net zero emissions by 2050 as well as other policies that broadly support the Paris Agreement do little or negligible lobbying to encourage federal and state governments to take stronger action on climate change.

The findings come from a report by InfluenceMap, a UK-based think tank that maintains a global database of corporate and industry lobbying efforts on climate policy.

“The research shows there is a clear imbalance when it comes to climate policy lobbying in Australia,” InfluenceMap program manager Faye Holder said.

“The strong lobbying activity of companies and industry groups opposed to Paris-aligned climate action is drowning out corporate voices who are pro-climate but relatively disengaged.”

The report examined 50 companies with either high emissions profiles or strong revenue performances domestically, as well as some industry associations. 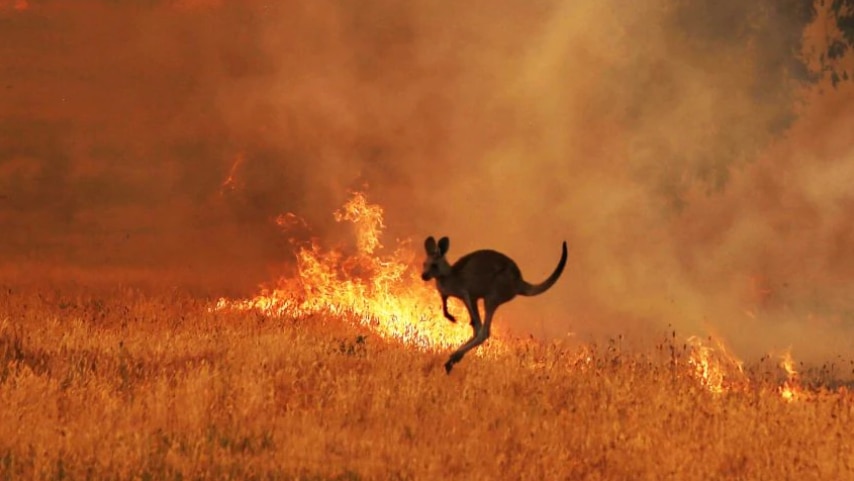 Some of the country’s biggest businesses say Australia must commit to reducing carbon pollution to net zero by 2050.

It found many of the companies most in favour of addressing climate change were from the financial sector.

But those companies — including the big four retail banks, NAB, Westpac, ANZ and Commonwealth Bank — had “minimal” engagement with governments on the issue.

By contrast, leading coal, oil and gas companies such as Santos, Origin Energy, Woodside and AGL Australia have been among the most engaged in lobbying on climate policy.

While those companies are lobbying the most intensively, their policies are not the furthest from aligning with the Paris Agreement.

The report found Sunset Power, Peabody, Whitehaven Coal, Yancoal and Chevron were the “most oppositional companies to Paris-aligned climate policy”.

One notable exception was the strong corporate support shown for the Climate Change Bill 2020 drafted by independent MP Zali Steggall, which sought to introduce an independent climate change commission.

While Ms Steggall does not think the lobbying process is the best way to shape policy, she says: “You need some counter to the lobbying that does go on from the fossil fuel industries.”

“The resources [companies] do it out of survival,” Ms Steggall said.

“At the end of the day, their very business model relies on the government’s decisions and the support for their industry.”

She expects looming carbon border tariff measures from the European Union and the United States may prompt more businesses to lobby for stronger climate action.

“Necessity hasn’t driven the [pro-climate action] lobbying yet … I think that is going to change, but change slowly,” Ms Steggall said.

“If we don’t address global warming, the disruption to distribution lines, to business, is really dawning on every sector and they need to deal with this.

“This research shows us that whilst corporates are signing up to net zero in droves, we still need boardrooms to make themselves heard in the public debate.”