Covid-19 Victoria: State will see 18,000 Covid cases within weeks and 800 people in hospital


Entire Victorian families are testing positive for Covid before even one member knows they are infected with the virus – driving the state’s rapidly-spreading Delta outbreak that is on track to hit 18,000 active cases in a matter of weeks.

‘We are finding cases where entire households are positive when the first person has come forward to get tested and the adjoining households and families are all positive at the same time,’ the state’s Covid-19 testing commander Jeroen Weimar said on Thursday.

‘This makes its harder to track people down and this is why we are seeing the escalation in numbers – for every case there are a lot more sitting behind it.

The state found 324 new cases of coronavirus on Thursday, including a 2021 record 217 mystery infections not linked to previous cases.

Mr Weimar said the outbreak had escalated in Craigieburn, Glenroy, Roxburgh Park, and Broadmeadows in Melbourne’s north with 195 cases in those suburbs overnight.

By comparison, there were only 20 cases in the city’s south-east and five in eastern Melbourne. There were 102 cases in the western suburbs.

The state has reached a 63.2 per cent first-dose vaccination rate amid an inoculation blitz at government-run clinics.

But new modelling from the state’s Health Department has forecast there will be 18,000 active Covid cases and 800 in hospital with the virus by mid-October.

Healthcare chiefs are also bracing for a surge in demand, with 800 Covid patients forecast to need a hospital bed by the middle of next month, The Age reported.

Premier Daniel Andrews has promised to ease the state’s hard lockdown when 70 per cent of Victoria’s population has received at least one Covid-19 vaccine dose.

But Health Department secretary Euan Wallace said he was ‘extraordinarily anxious’ about opening up too soon.

The projection of Victoria’s active cases represents a tenfold increase in the state’s infection rate over the next month.

Health Minister Martin Foley on Thursday said health officials had been ‘building on the lessons of 2020’ – when Victoria suffered a horror second wave of infections that claimed 768 lives – to prevent a dramatic escalation in the number of active cases. 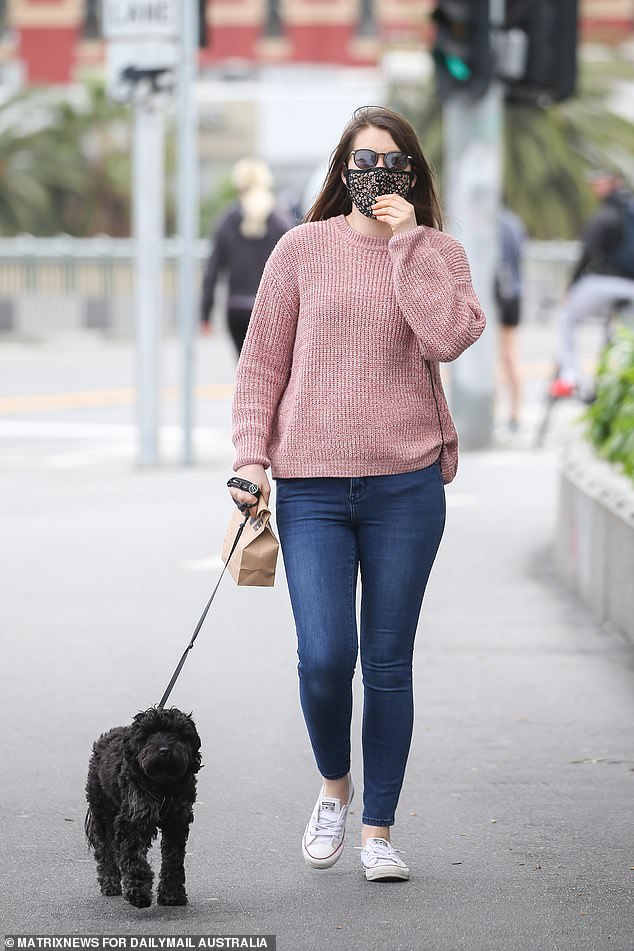 Pictured: A woman walks along St Kilda Road in Melbourne. Premier Daniel Andrews has vowed to ease the state’s hard lockdown when 70 per cent of Victoria’s population has received at least one Covid-19 vaccine dose but health officials have warned doing so could lead to a surge in cases

‘We can scale up [hospital capacity] quite readily. We would rather not,’ he said on Thursday.

‘We would rather people get tested, follow the rules and get vaccinated as quickly as possible and we flatten this out as soon as we can.’

Of those 111 patients, none are fully-vaccinated.

‘They’re at levels of case loads that we want to avoid,’ he said.

‘We want to make sure that the public health advice that we take is built around Victorian circumstances and that’s what we do. 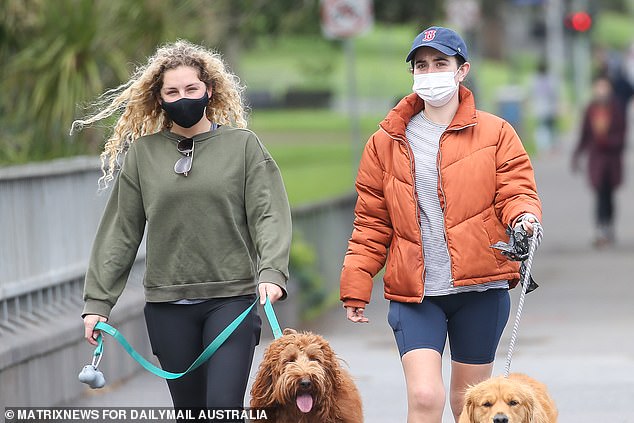 Victoria has recorded its most Covid cases since mid-August last year, hours before regional Victoria is released from lockdown

‘The situation in NSW is different. We want to make sure we don’t get to that level.’

‘We do have significant case numbers in Melbourne and those active numbers will almost double over the next week,’ he said.

‘The risk will increase in Melbourne, and we need to do our utmost to protect each other here, but to also protect regional Victorians by being hyper vigilant.’

Thursday’s cases were diagnosed from 54,242 tests, the most in a day this year, and 37,604 vaccine doses were administered on Wednesday.

Thursday’s case number is the highest since August 13 last year when Victoria was in the latter stages of outbreaks that killed over 800 people.

The escalating outbreak is almost entirely in Melbourne, so restaurants, clothing stores and schools in regional Victoria will all be able to reopen tonight.

From 11.59pm on Thursday regional Victorians will be able to leave their homes for any reason, but still can’t visit each other’s houses. 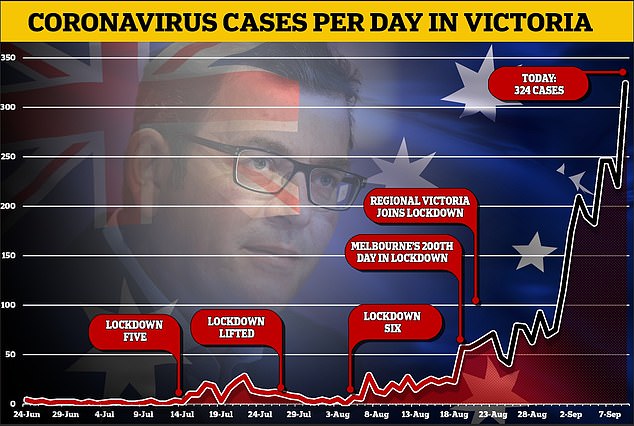 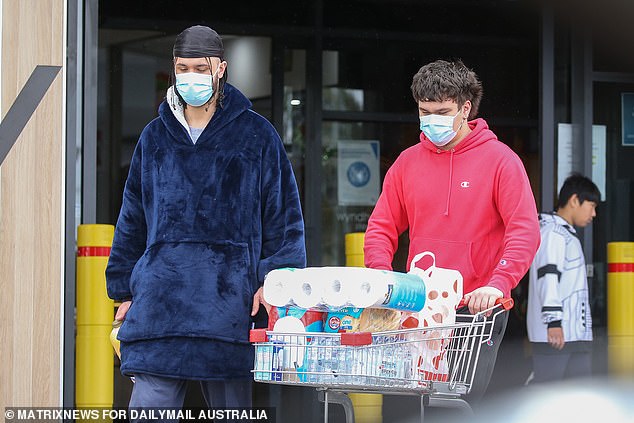 Limits on travel will be removed with the new rules applying to the entire state except for Shepparton and Melbourne, which are still recording many cases.

Businesses including hospitality, retail, hairdressers and entertainment facilities will all be able to welcome back customers with patron density caps.

Ten customers will be allowed to dine indoors and 20 outdoors at hospitality venues.

Indoor seated entertainment venues can open for 20 people and outdoor seated venues can host 25 per cent capacity or 300 patrons, whichever is fewer.

Theme parks can reopen for 25 per cent capacity but nightclubs will stay shut.

From 11.59pm on Thursday the lockdown in regional Victoria will end. The following restrictions apply to the state except for Shepparton and Melbourne:

– Businesses and venues including hospitality, retail, hairdressers and entertainment facilities will all be able to welcome back customers with patron and density caps

– Ten patrons can dine inside restaurants and cafes and 20 outside

– Regional Victorians are still encouraged to work from home but offices can return to 25 per cent of staff or up to 10 people, whichever is greater

– Indoor seated entertainment venues can open for 20 people and outdoor seated venues can host 25 per cent capacity or 300 patrons, whichever is fewer

– Theme parks can reopen for 25 per cent capacity

– For real estate, 10 people can gather for private inspections while auctions will run with a maximum of 10 guests