TV STAR Jeremy Clarkson received an angry reception from villagers – and complained of getting ‘the finger’ – as he heard complaints about the impact of his Diddly Squat Farm Shop on the community.

Arriving at a closed meeting in the Memorial Hall in Chadlington, near Chipping Norton, last night, Mr Clarkson was quizzed on his plans for the farm – which features in the popular Amazon Prime television series Clarkson’s Farm.

Mr Clarkson revealed he planned to convert his lambing shed into a ‘cheap’ restaurant.
He added it would be “cheaper” than nearby restaurants, meaning people would pay around £60 for a meal for two.

Arriving at the meeting he told reporters: “I’m just here to listen. Gossip spreads in villages and they don’t know what we’re doing so I thought, the best thing I can do is come down and say, ‘This is what we’re doing’, and then it isn’t gossip any more.

“Someone gave me the finger on the way in.”

Anticipating questions about the ‘traffic chaos’ the farm shop has caused since his show became a huge hit, he quipped: “Hey listen, the village has created a bit of a traffic jam tonight.”

The hour-long meeting, was attended by about 40 residents of Chadlington, with Mr Clarkson requesting no press inside.

Halfway through the meeting, Mr Clarkson questioned the presence of the local Oxford Mail reporter and asked me to leave.

However, later there were reports of a “heated clash with villagers”.

One local man is reported as saying: “The things is, Mr Clarkson, you are not a farmer. You are a media personality and farming to you is a sideline. But this is our village and we have to live with the consequences.”

“I wonder how many people in this room have actually been up there,” the presenter asked, to which one resident replied, “Have you seen the queues? We couldn’t get in if we wanted to”.

But other villagers were said to be supportive. One woman is reported as saying: “As far as I’m concerned he is doing a brilliant job. I have been in the village 56 years and I’ll say this, those complaining are a bunch of [expletive deleted].

“Why the hell should he have to do this at all? No other farmer would have to do it. I came just to see who the gits are lining up against him.’”

Mr Clarkson told the meeting he had to diversify to make ends meet, competing against Australian imports and the ending of subsidies.

However one concerned local spoke of the frightening speeds his customers reached on the country lanes and asked if he would back a 20mph limit.

Mr Clarkson is reported to have replied: ‘In all conscience I can’t do that having spent much of my life complaining about such things.’

“I can’t be held responsible for what people do when they leave my shop. I already have a sign urging people to drive slowly, I will put up a bigger one.” 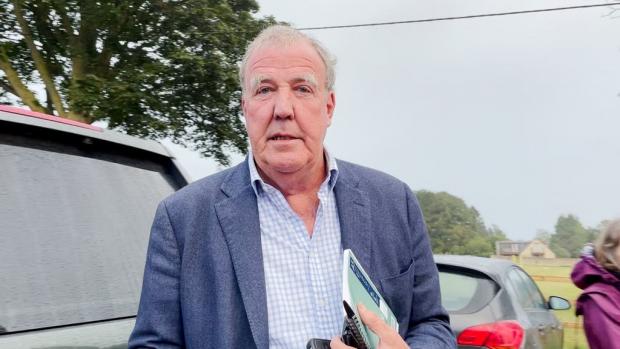 He is said to have added: “We were overwhelmed by what happened after the show launched. We had no idea of the impact it would have. Now we can stop and think about how we can continue to employ 15 people on the farm and making it grow while not spoiling anyone’s life in the village.’” 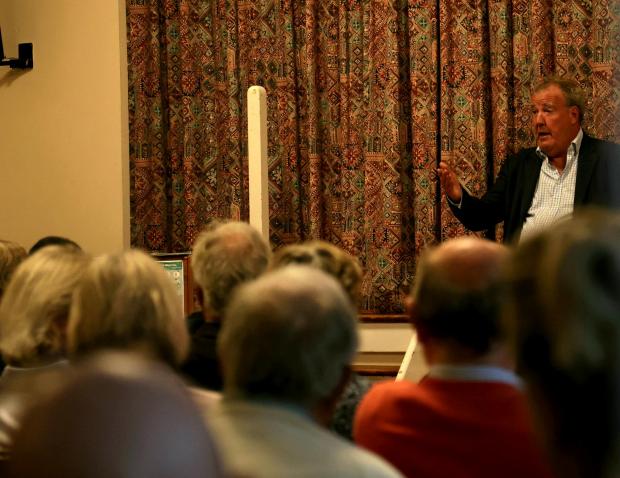 Mr Clarkson is reported as saying farmers were having to find alternative income post-Brexit, adding: “Some will go for glamping, some will go for stock car racing. We have to make the business pay. We have to sell everything on the farm otherwise the farm goes out of business.” 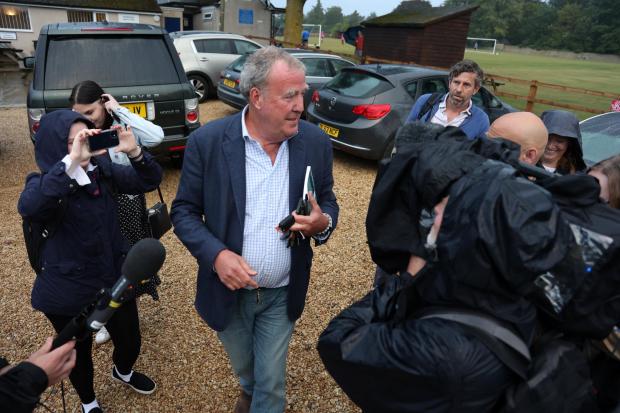 Other locals expressed worries that an expansion of his site would bring even more traffic to the area.
Mr Clarkson was said to have replied: “You have my complete sympathy. I am just as keen as you are to try to manage the situation. I have people peeing on my drive. Look, I hope that now the school holidays are over and the pandemic is, hopefully, easing, there will be less.”
Many residents have accused Mr Clarkson of growing his business by stealth.
In a written objection, one local woman, Hilary Moore, said: “The farm shop should be closed down immediately and no more permission granted for further development…eg the 150-seat café that is proposed.’

Putin ill and only has years to live, claims Ukraine spy chief