Ødegaard linked with future captaincy status at Arsenal amidst praise

The Strømgodset academy product has taken to life at the Emirates quite well since his first stint in the second half of last season on loan. Such was his impact both on and off the pitch, and his ability to impress Mikel Arteta so immediate, that the Norway international was always viewed as the main target for Arsenal during a highly successful summer window.

But Ødegaard was desired for more than just his technical grace, eye for a created chance, or high-ceiling of potential, and Arteta himself weighed in on the matter back in March;

“He’s got this personality, he’s a really humble and easygoing guy but at the same time, he’s very, very professional and very dedicated. He leads by example, which normally a captain should do.”

The Arsenal headmaster was also “not surprised” when Ødegaard was named captain of the Norwegian national team despite his tender age of 22; a clear sign that his desirable qualities extend beyond his ability with a football.

Fellow teammate Mohamed Elneny, highly experienced in his own right, was also quoted with praise of the highly-touted creative midfielder;

“You always see him coaching players, outside of the dressing room as well. He talks all the time about the game and what we are going to do. He has the personality to be a captain.”

With current captain Pierre-Emerick Aubameyang on a contract that ends in 2023, the stars have seemed to align for Ødegaard – who would be 24 by then – to step into the key leadership role as soon as the opportunity presented itself.

When asked whether or not he could see himself as a future captain at Arsenal, Ødegaard responded humbly but with eyes fully focused on the immediate task at hand;

“It would be a great honour if the opportunity came, but right now I’m focusing on the present and improving the performances of the club.”

Despite his signing, and other additions through Takehiro Tomiyasu, Ben White, Sambi Lokonga, Aaron Ramsdale, and Nuno Tavares, Arsenal is currently languishing at the bottom of the Premier League table, but the current situation has not deterred the youngster from his ultimate goals moving forward.

Ødegaard remained steadfastly determined for Arsenal to kick on the climb back into the European places through domestic play, while long-term goals included winning major honors for the club including the Champions League.

It is this level of ambition that certainly is needed at a club that has lost its way in recent seasons, and it certainly seems as though Ødegaard is prepared to put the club on his back and lift it from the mire if he has to.

Note: All quotes sourced from The Mirror

This article was edited by
Ben Browning. 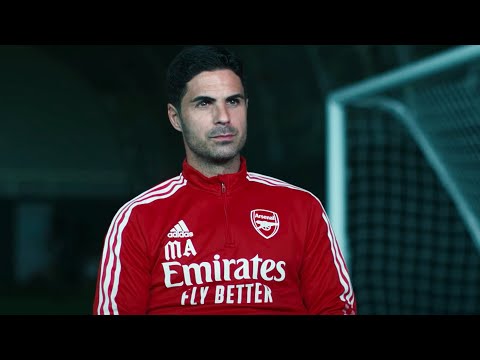 Mikel Arteta on the thinking behind our transfer strategy | Exclusive interview 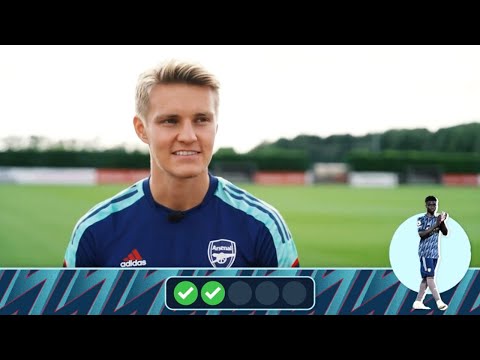 Who created the most chances? | Martin Odegaard | Stats Not Me!

Martin Odegaard takes on the ‘Stats Not Me!’ quiz with Frimmy at London Colney.…