Despite entering the game top of the league, Tottenham were firmly second best against Crystal Palace as they limped to a 2-0 defeat to Patrick Vieira’s side.

The Lilywhites were never really in the game, failing to rack up a shot in the first half, and only managing one in the second half. A penalty from Wilfried Zaha opened the scoring for the home side, before Odsonne Edouard came on and added a second with his first touch for the club with ten minutes to go.

There was still yet more time for Edouard to add a second goal to his fledgling Palace career, firing past Lloris in stoppage time to give the result a well-deserved gloss.

After the fact, 101 look at five things we learnt from the result.

1.Spurs are down to the barebones at centre-back

Tottenham were already dealing with the double defensive blow of losing Davinson Sanchez and Cristian Romero due to quarantine issues after international duty, leaving them light at the back heading into the tie at Selhurst Park.

However, they were dealt a further blow just 20 minutes into the encounter with the South London side, as Eric Dier stretched to clear a pass from goalkeeper Hugo Lloris and was forced from the pitch, meaning that Tottenham had to make their first change of the match.

We’ve been forced into an early change following an injury to Eric.

They were then further hamstrung by a red card to Japhet Tanganga for a second yellow card, which will see him sit out the game against Chelsea next weekend.

A red card is shown to Japhet Tanganga after a challenge on Jordan Ayew.

With this in mind, and Sanchez and Romero not back until the day before the fixture with the Blues, it could well be a defensive partnership of Ben Davies and Joe Rodon that is tasked with keeping Romelu Lukaku quiet when the teams clash.

2.  Nuno’s system will not be exciting

If the first half is anything to go by, Spurs will not be anywhere near the top four this season despite their strong opening start. The Lilywhites, albeit missing several players, were completely outplayed by a more willing and energetic Crystal Palace side, failing to even have a shot in the first half and barely making it out of their own half.

2 – Since the start of 2016-17, this is only the second time that Spurs have failed to attempt a shot in the first half of a Premier League game (also v Man City in February 2020). Spurs have only had two touches in the opposition box, with neither by Harry Kane. Deserted. pic.twitter.com/gCuRfKWZb4

Palace, on the other hand, had plenty of opportunities and, as per expected goals, should have headed into the break a goal up.

While the second half improved somewhat, it is easy to see that if Wolves and Palace had been more clinical in the last two games, it could have been a very different feeling around north London.

Undoubtedly the star of the match, Conor Gallagher was everywhere for Crytal Palace. The Chelsea loanee spent last season at West Bromwich Albion, but could not prevent them from being relegated from the top division.

However, under Patrick Vieira, he has been a man reborn. Fresh off the back of two goals against West Ham, he was once again instrumental in the clash with fellow Londoners Tottenham, with it being his cross that won the penalty that Zaha converted.

Conor Gallagher (4) had more shots than everyone else on the pitch combined in the first half (3).

He was the only player to have a shot on target. 🎯 pic.twitter.com/6zzvl4uz64

If he is able to continue his good form, he could be an answer to Chelsea’s midfield holes come next season.

It was well publicised that Tanguy Ndombele wanted out of Spurs this summer, but the truth is that right now, the Lilywhites need him more than ever.

🤩 Your team to face @CPFC! 👇 pic.twitter.com/X1SFacibyK

The midfield trio of Oliver Skipp, Harry Winks and Pierre Emile Hojbjerg was thought to be lacking in creativity ahead of the game, and so proved to be the case, with no one in the centre of the park able to dictate the play and create chances for their teammates.

Ndombele, despite often being branded lazy, would certainly have added some creativity and guile to their midfield.

The crowd play their part

The fact that away wins increased while fans were absent from Stadiums was no coincidence, especially in grounds such as Selhurst Park. The small and old fashioned ground was bouncing from the off, and roared their side on for all three goals.

While it was Palace who did the talking on the pitch, they found in the Selhurst Park crowd a willing and receptive audience, not least for the two goals scored by new boy Edouard.

How far can this exciting Palace side go?

This article was edited by
Josh Barker. 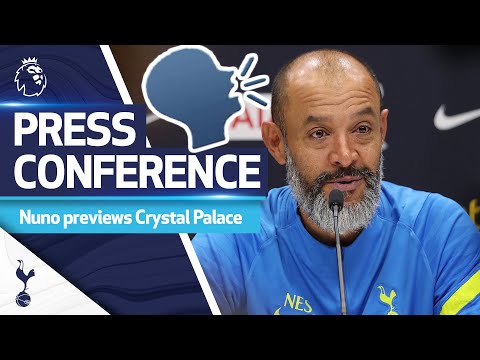 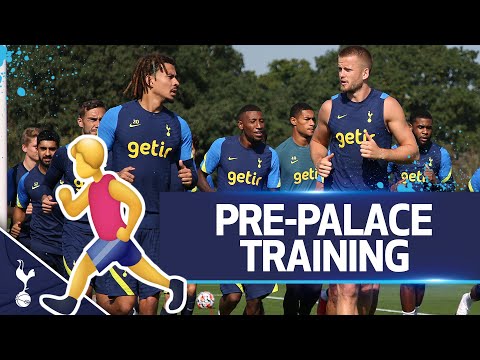 Nuno WINS Manager of the Month & Spurs prepare for Crystal Palace trip in the Premier League!