Revealed: The shocking excuse a sadistic hook-up app predator gave his naked, dog collar-wearing date after shooting him with a cattle-killing gun during caravan sex romp


A man who shot his male lover with a bolt gun when the victim was naked, blindfolded, wearing a dog collar and had his wrists tied with cable ties has been jailed for nine years.

When the victim regained consciousness, Orr told him he had shot him to ‘get you to relax’.

Newcastle District Court Judge Roy Ellis said on Friday Stephen Orr had given no reason for the bizarre attack but it was safe to say ‘no sane person does what this person did in the circumstances of this case’.

Judge Ellis said he did not believe the bolt gun attack was planned but the complete absence of a motive was concerning.

The victim had contacted Stephen Orr on a casual sex website where they discussed their sexual fantasies before agreeing to meet at a Pokolbin pub in the Hunter in August 2017.

Orr, 59, who pleaded guilty to wounding with intent to cause grievous bodily harm, detaining a person for advantage, firing a rifle with disregard for safety and possessing a prohibited firearm, drove the man to a Paynes Crossing property about 50 kilometres away.

Orr told the victim – who was 68 at the time – there was no mobile phone service at the remote property and asked if anyone knew of his plans for that afternoon.

After the man told him no, Orr read him a fake note telling him three other men would be joining them but they were in fact alone on the property. 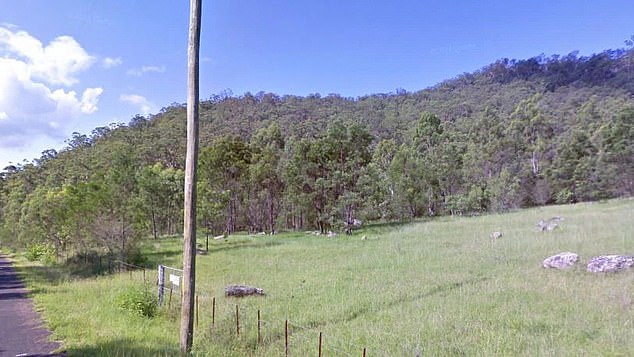 Defence barrister Garry Jauncey told the court Orr had written the note because the victim had not been interested in a ‘one-on-one tryst’.

Mr Jauncey said while it appeared there was no reason for the shooting, a psychologist believed it was because Orr, who was married at the time, had been in ‘conflict with his own sexuality’.

The victim had agreed Orr could blindfold him with duct tape, tie his wrists with cable ties and place a dog’s collar around his neck before they had consensual sex in a caravan.

The pair had sex another two times before Orr put the bolt gun – which is normally used to stun animals before they are slaughtered – to his neck and shot him, damaging two vertebrae and causing the victim to black out.

Orr was standing about seven metres from the victim when he told him, ‘I will kill you here.’

As the terrified naked victim started running for his life towards the road, Orr fired a shot in his direction with a 12-gauge shotgun. 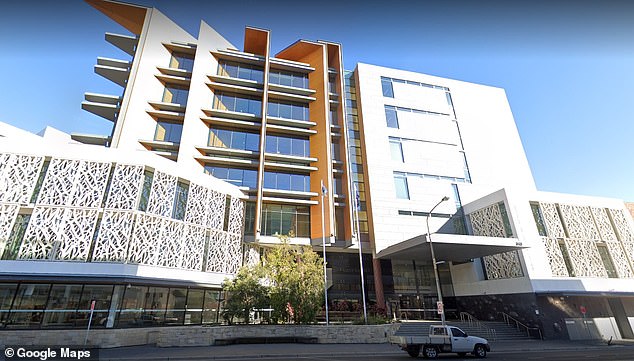 Orr pleaded guilty to wounding with intent to cause grievous bodily harm, detaining a person for advantage, firing a rifle with disregard for safety and possessing a prohibited firearm at Newcastle District Court (pictured)

Orr then dropped the shotgun and ran after the victim, caught up with him and tried to drag him by the cable ties around his wrists back to the caravan.

The victim fell over, managed to take off the collar and hit Orr with it before climbing over a fence to get to the road.

The victim flagged down a passing motorist and was taken to hospital with two fractured vertebrae and a laceration to his neck.

Crown prosecutor Robert Munro said everything that happened had been consensual before Orr reached for the bolt gun.

‘This is not about sex. It’s not about a robbery gone wrong. It can only really be about violence,’ Mr Munro said.

Orr, who has been in custody since his arrest on August 13, 2017, was jailed for nine years with a non-parole period of five years and six months. He will be due for parole on February 12, 2023.