Federal politics is too short-sighted and shallow to deal with 21st-century challenges, a leading group of academics and retired defence leaders have warned, saying that Australia is growing increasingly vulnerable.

More than 250 stakeholders are behind a report, as part of the National Resilience Project (NRP), that makes recommendations on topics including energy security, climate change responses, global and regional security risks, and the ongoing COVID-19 pandemic.

Some 18 months in the making, Australia — A Complacent Nation, is critical of both sides of politics, claiming “self-interest and power plays” have stymied the country’s preparedness for the modern age.

“A complicating factor is that our Federation structure may have been fit for purpose a century ago, but it cannot deal with the constellation of challenges we face today,” he said.

“Political reactions are too often too little, too late, and too short-sighted.”

Mr Blackburn said the country’s pressing need to transform its energy sector and reduce fossil-fuel emissions, for example, had been subsumed by party and personal interests.

The last vestiges of the ‘national plan’ have been smashed

A couple of weeks ago Scott Morrison announced he would reopen international borders without mentioning it to the states. He could hardly complain yesterday when NSW Premier Dominic Perrottet returned the favour.

“We could see under [former prime ministers] Bob Hawke, Paul Keating and John Howard a willingness to take a longer-term view because what those three governments did economically was pretty brave and quite forward-thinking,” he said.

“Since the time of Kevin Rudd, however, everyone’s been stabbing each other in the back.”

Mr Blackburn also questioned Australia’s approach to health care, where each state is left to manage it in their own, sometimes very different way — made all the more evident during the COVID-19 pandemic.

The states earlier this month wrote to the federal government requesting more hospital funding to deal with an expected influx of patients when state borders reopened.

The Prime Minister said his government had already boosted funding and took aim at Queensland’s Premier, who had previously been criticised for effectively saying their hospitals were for Queenslanders, saying he would not be “extorted” for more money over COVID-19.

“What struck me for the last two years we’ve been doing this, is that it is only the state and territory governments that actually deliver and do things,” Mr Blackburn said.

“If you think about teamwork, when the Prime Minister goes on television and says the states are trying to extort him, you realise this isn’t a leader, this is an issues manager.”

But Mr Blackburn criticised some states too for a pandemic parochialism that sometimes treated Australians outside their own borders as subordinates, which — he said — showed the country had “kind of lost the plot”.

18 months in the making

The 18-month NRP project has been led by the Institute for Economic Research and think tank Global Access Partners.

Its key recommendation is to launch an independent, apolitical National Resilience Institute that would work through the country’s challenges and lobby for precautionary measures in the face of potential disasters.

It found a resilient society had three attributes:

Mr Blackburn said the first priority for the states should be to collaborate on locally producing MRNA vaccines like Pfizer and Moderna, as a continued reliance on imports would prove costly as more COVID-19 variants emerged in coming years.

“I reckon if state and territory leaders get together a national cabinet that is not run by the Prime Minister, we might have some really interesting conversations,” he said.

“The states have already got the lead on climate change, for example. The net zero stuff they’re pushing is way over the federal government’s head.”

Professor Helen Sullivan, Crawford School of Public Policy director at the Australian National University, said federal problems lay with poor political culture rather than with the Commonwealth itself.

The independent analyst said that while there was “no doubt our institutions of governance could be improved”, national cabinet only worked for as “long as colleagues were prepared to trust the process and each other”.

She also questioned if public policy advisers were up to the task.

“The politicisation of senior appointments, the ongoing caps on public servant numbers, and the contracting out of much policy advice, has hampered this important capability,” Professor Sullivan said.

She added that it was harder for Australia to make broad-scale changes than it was during Hawke, Keating and Howard’s era because valuing bi-partisanship for complex issues had been overtaken by a focus on “short-term political gain and a need for a state of permanent conflict between major parties — supported by sections of the media”.

“The second reason is that we don’t have the political leaders of the quality of those above,” Professor Sullivan said.

Mr Blackburn said another fundamental problem for Australia was neoliberal ideology and deregulation, which had “done some good”, but had led it “into a very vulnerable position” due to a lack of common sense. 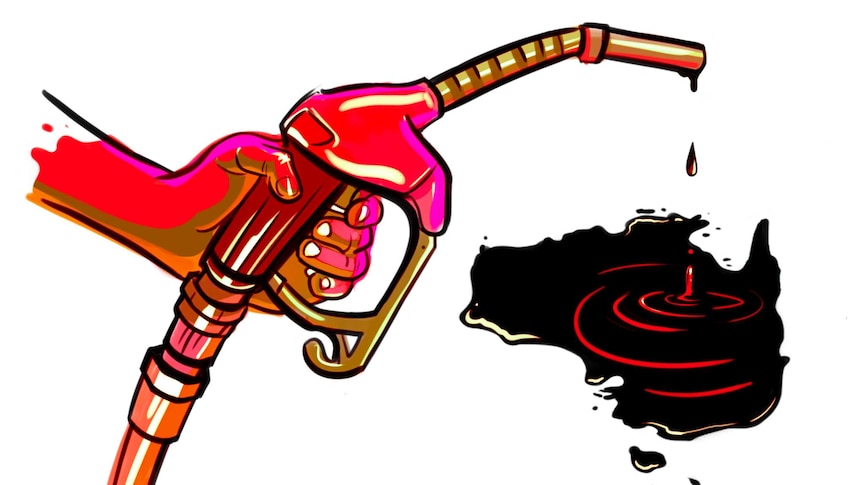 An advisor to the country’s largest motorist association hopes tensions in the South China Sea have forced a re-think of where Australia gets its fuel.

A particularly dangerous example was Australia’s reliance on imported fuel following the successive closure of local fuel refineries, he said.

Mr Blackburn started lobbying on the issue in 2014 after Australia fell dangerously short of its International Energy Agency (IEA) obligations to put aside 90 days worth of domestic fuel in the event of market failure.

Instead, it was relying on a “just in time” ideology, because storing fuel cost money and reduced market profits.

Mr Blackburn warned that Australia’s utilities, medical needs, mains water and food distribution all relied on refined fuel, and it could all come to a halt within three weeks of an offshore supply disruption.

A spokesperson for Federal Energy Minister Angus Taylor said the government had since passed the Fuel Security Act 2021, with the support of Labor, and was committed to returning to full compliance with the IEA by 2026.

It offered to subsidise Australia’s remaining four refineries to keep operating until 2027, but only two have agreed.

It has also introduced a minimum stockholding obligation that would require fuel importers and refiners to maintain a level of petrol, diesel and jet fuel, and increase onshore diesel stocks by 40 per cent

The government spokesperson said it was also spending $260 million to construct new storage facilities for 780 megalitres of diesel at strategic locations and had bought about 1.7 million barrels of oil from the United States, which remained stored offshore in the US Strategic Petroleum Reserve.

She added that Australia currently held 100 IEA days of stock, but only if it included stock on the water (in cargo ships).

“This is not useable fuel in people’s cars or in a truck, it is an accounting figure,” Mr Blackburn said.

Mr Blackburn pointed out that offshore fuel required cargo ships to bring it into Australia, but Australia did not “own any of its own ships anymore”, and a regional crisis could negatively affect imports anyway.

Mr Blackburn said making matters worse was a complacent population that — with the exception of the Aboriginal people — never had to fight for its survival and simply “woke up one day in the early 1900s” to the gift of independence.

“One of our problems is we’ve had it so good, and Malcolm Sutton Donald Horne’s jibes are still as valid today as they were when he wrote The Lucky Country,” Mr Blackburn said.

“The trouble is, the world’s got more complicated, the challenges we’re going to have to face are much more difficult, but we’re still acting like we’re back in the early part of Federation.”

Horne’s 1960s book controversially pointed out that Australia’s rise was due mostly to its past as a British colony rather than any entrepreneurship, intellect or curiosity on the part of its leaders.

“It lives on other people’s ideas, and, although its ordinary people are adaptable, most of its leaders [in all fields] so lack curiosity about the events that surround them that they are often taken by surprise.”

Mr Blackburn said that while the NRP’s assessment was grim, there was cause for optimism thanks largely to Australia’s “considerable expertise and resources”.

“We have seen courageous political and business leadership in the past; we need to find that again to deal with the future.”

Another problem, however, were blockages in sharing that information.

“People are scared about putting their heads above the horizon and saying, ‘There’s a problem.'”

Have COVID-19 and streaming services killed the small-town cinema?