Gabby Petito‘s mother has told of how she believed Brian Laundrie would keep her daughter safe on the ill-fated road trip that saw the young woman strangled to death.

During a 60 Minutes Australia interview posted online Sunday, Petito’s mother said that while she worried about the trip before it began in July, she believed Laundrie would protect her daughter.

‘It felt safe because she was with Brian and I felt like she would be OK,’ Nichole Schmidt told the outlet.

‘I thought he would take care of her.’

Schmidt recalled a time when she was fond of Laundrie.

Nichole Schmidt (right) is pictured with daughter Gabby Petito, who was slain in August

Earlier in their relationship, he would visit the family’s home, and draw pictures and read books to Petito’s younger sibling.

‘He was very polite and quiet,’ she said. ‘He just seemed like a nice guy.’

She now has a different impression of Laundrie, who did not accept her calls before going missing.

The grieving mom, who flew to Wyoming to collect her daughter’s ashes over the weekend, said she hopes Laundrie is hunted down and jailed. 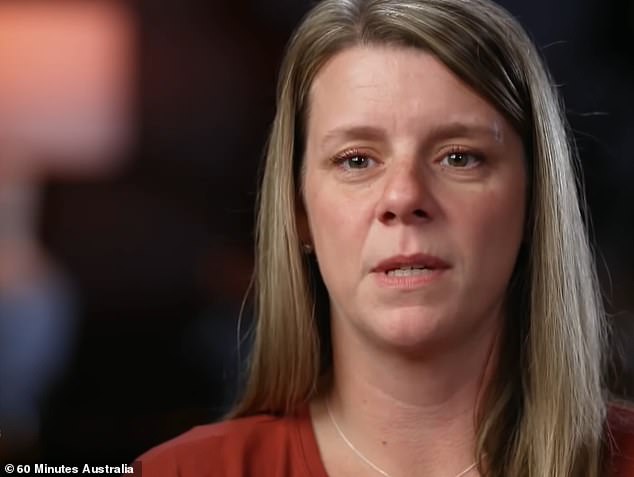 ‘He’s a coward,’ she said. ‘I don’t want to say he’s insane because he went home, he’s hiding, he used her credit card. That’s not somebody who’s gone crazy. He knew what he was doing.’

She added: ‘I just want to get him in a cell for the rest of his life.’

Even though she trusted her daughter with Laundrie, she urged Petito to take caution on the trip.

‘I worried,’ she told 60 Minutes. ‘I told her to be careful, be safe. To be aware of your surroundings. Don’t trust anybody.’

Petito, 23, was discovered dead September 19 in Wyoming’s Grand Teton National Park, months after she and boyfriend Brian Laundrie embarked in a cross-country trip in their Ford Transit camper van.

Her boyfriend returned from the trip September 1 alone, and refused to say what became of his partner.

Laundrie – the only person of interest in the case – is now missing, and police aren’t sure whether he’s hiding or dead.

Petito’s body was discovered in a campsite close to the Grand Teton National Park in Wyoming on September 19 – eight days after her family reported her missing, and 22 days after the last reported sighting of her alive on August 27.

She was strangled and was likely killed three-to-four weeks before her body was discovered, a coroner said.

Behind the scenes, they fought.

Their van was pulled over August 12 after witnesses spotted a physical altercation in Moab, Utah.

Witnesses told police they saw Laundrie strike Petito, although she told police she was the aggressor.

The couple was separated for the night, but no one was arrested or charged. 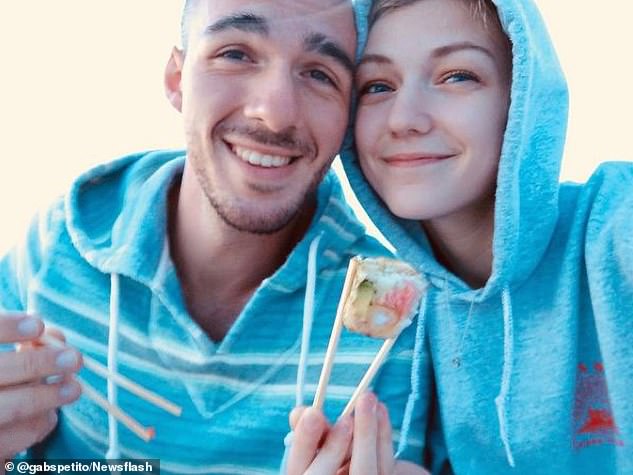 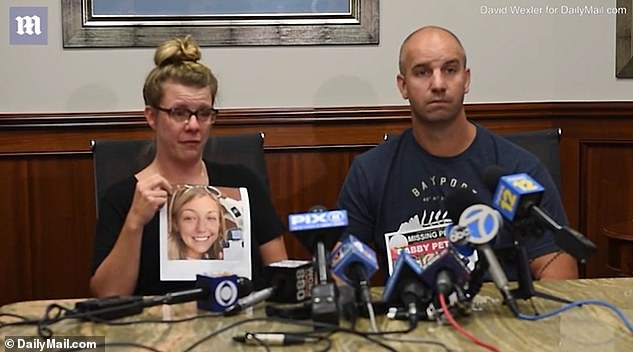 Before she was slain, her mom (pictured at left with Petito’s stepfather James Schmidt) said Laundrie ‘seemed like a nice guy.’ Her impression of him changed after Petito disappeared 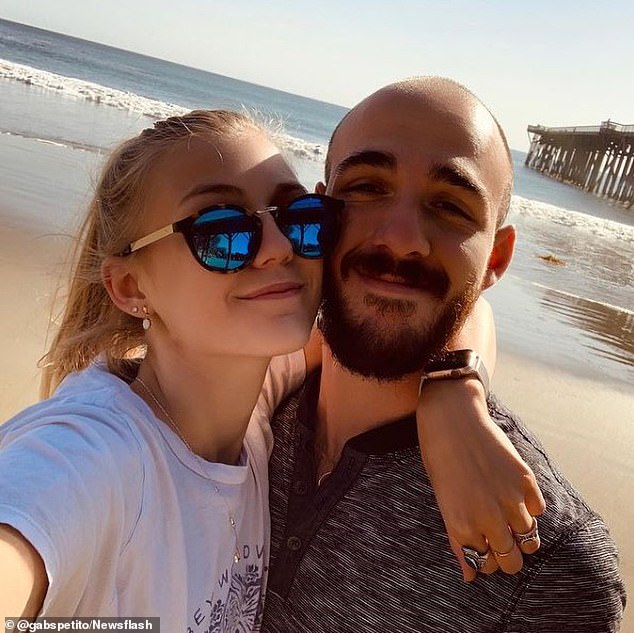 About a week after Petito was reported missing, Laundrie also disappeared. Police aren’t sure whether the 23-year-old – the only person of interest in the case – is dead or in hiding 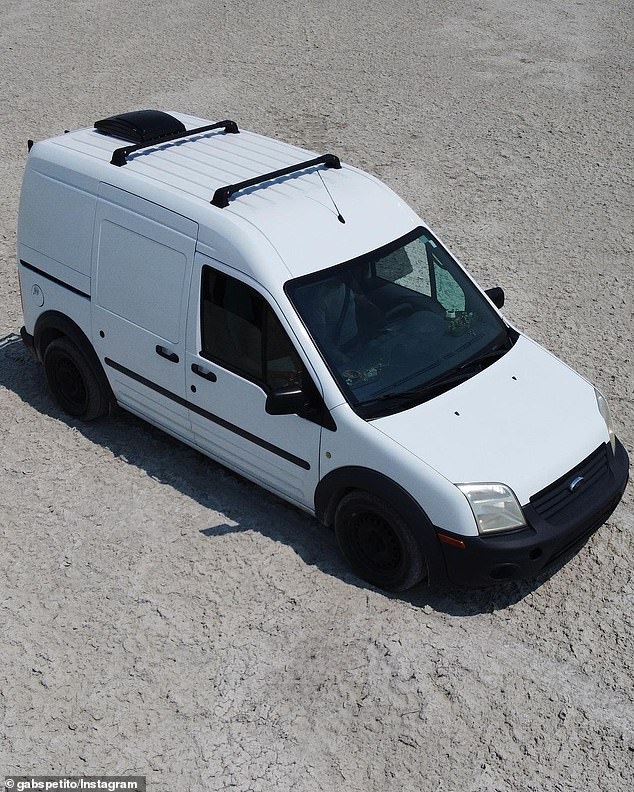 Petito and Laundrie began their road trip in June, and lived in this Ford Transit camper van

Petito’s mom became worried when several days passed without hearing from her daughter and reported her missing September 11.

She learned that night that Laundrie returned to his parents’ North Port, Florida, home alone.

His parents reported him missing after September 17, claiming he failed to return home from a hike.

They steered investigators toward the alligator-infested, 25,000-acre Carlton Reserve in Sarasota, Florida.

Investigators spent more than $1million scouring the area for Laundrie, but didn’t find him.

The FBI issued an arrest warrant for Laundrie last month after alleging he used a Capitol One Bank debit card that wasn’t his.

The agency said Laundrie is wanted for ‘use of unauthorized access device’ related to his activities between August 30 and September 1, following Petito’s death, and that he used the card to obtain items totaling $1,000 or more.

Would you drink beer made from urine?