Now THAT’s a bad day! Car falls off tow truck before driver is almost crushed by his runaway lorry as it smashes into the hatchback in Brazil

By Darren Boyle for MailOnline


A Brazilian tow truck driver narrowly avoided getting crushed to death by his own lorry moments after the car he was carrying fell from his vehicle.

The incident, which happened last week in Campinas, Sao Paulo was captured on CCTV which was later uploaded on the internet.

The footage shows the 7.5 tonne truck bouncing along a cobbled street with the car sitting on the back of its flat bed. 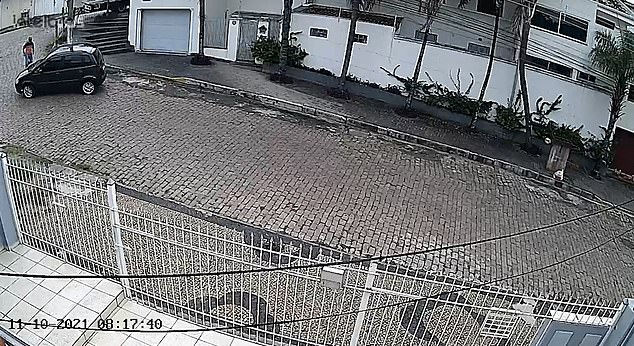 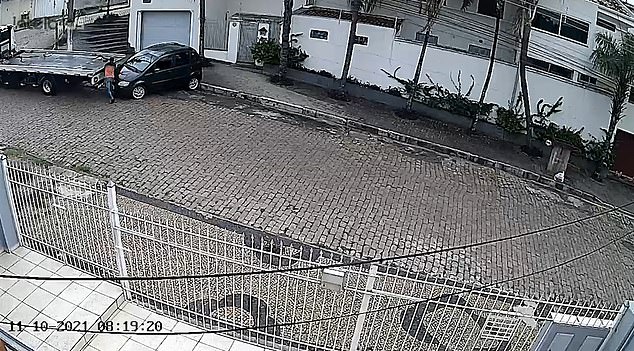 After taking a corner, the car, which had not been secured by ratchet straps, fell from the rear of the truck and rolled around the corner where it came to rest by a kerb.

The driver had to wait for more than 30 seconds before he was able to return to the car because of passing traffic.

The trucker, whose identity is not known, manages to reverse his lorry into position and jumps out of the cab to prepare to drop the rear bed to allow the car to be dragged onto the truck using a winch.

Unfortunately for the trucker, he forgot to pull the lorry’s handbrake, so after he got out of the cab the lorry began rolling towards the car. 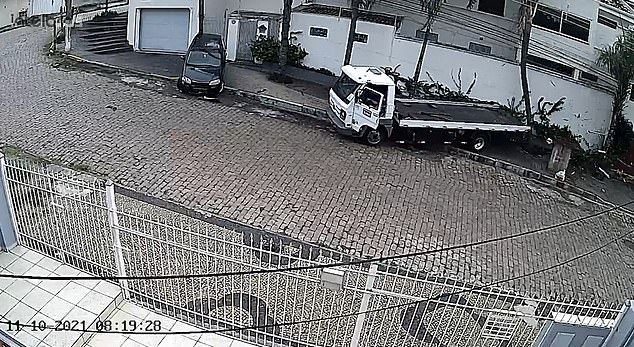 Luckily for the driver, he manages to jump out of the way before being pinned between his vehicle and the car.

After causing considerable damage to the car, the truck continues rolling down the hill, smashing into a coconut tree which is knocked to the ground.

Several people commenting on the footage questioned whether the driver had the appropriate licence for driving such a large vehicle.

He also showed a remarkable ignorance of the laws of physics as he tried use his body to bring his truck to a halt.