As recently as even 10 years ago, if somebody living in Mumbai had to watch a Malayalam film, they would have had to hunt down one of those remote theatres screening films in the language and watch them there. Then too, one could not be sure if the films would have subtitles or not. Those were all barriers to the audience. Now, since the Covid-19 pandemic, content across languages is available in the comfort of people’s homes. Regional film industries in the past have been curtailed by their distribution networks, marketing budgets and language access. Compared to the gargantuan mainstream industry forces, they did not stand a chance. I remember screening one show of my film Manjadikuru in the same theatre that was showing multiple shows of James Bond in Hindi! But now many of these barriers have lifted. This is what helps real creativity come to the fore.

In the Malayalam film industry, we have had a history of being very responsive to technology. We have been quick to use or adapt to new things. The first 3D film in India (My Dear Kuttichathan, 1984) was a Malayalam film. Even during this pandemic, there has been a will to continue filmmaking. Things in the industry that were earlier considered to be weaknesses have emerged as our strengths.

The culture that we have is not a studio culture. It is much more the indie culture, where everyone in the cast and the crew collaborates to get a film made. If one is a large elephant, it is difficult to move when it rains, but if one is a quick-footed, nimble creature, then movement is much easier, and that is what has happened in our case. We tend to work with smaller budgets, have smaller crews, and work from a big space of solidarity and cooperation. In Malayalam cinema, even stars are willing to collaborate and take risks. Many actors are producers themselves. So it is not that they can exist insulated on an island of their own. If you look at a film like CU Soon, for example, you have Fahadh Faasil right there, putting his faith in the film, willing to take the risk and support the creative vision, which matters a lot.

I believe this culture has upheld the making of Malayalam cinema during Covid times. People in the industry, and audiences, have been adventurous and accepting of fresher content. Also, you have Malayalam cinema with much more ‘Covid-cognisant’ narratives on-screen, when a lot of cinemas and industries continue to be Covid-agnostic with their content.

This also comes from a culture of having narratives rooted in the socio-political realities of the space that one is in. When Aashiq Abu makes a film like Virus, for example, it is his reflection of something that has happened in Kerala in recent times. That kind of engagement and responsiveness to realistic scenarios sets this industry apart. It does not take 10 years to get something covered. People in the industry respond to it much quicker, and before you know it, a film will be out. 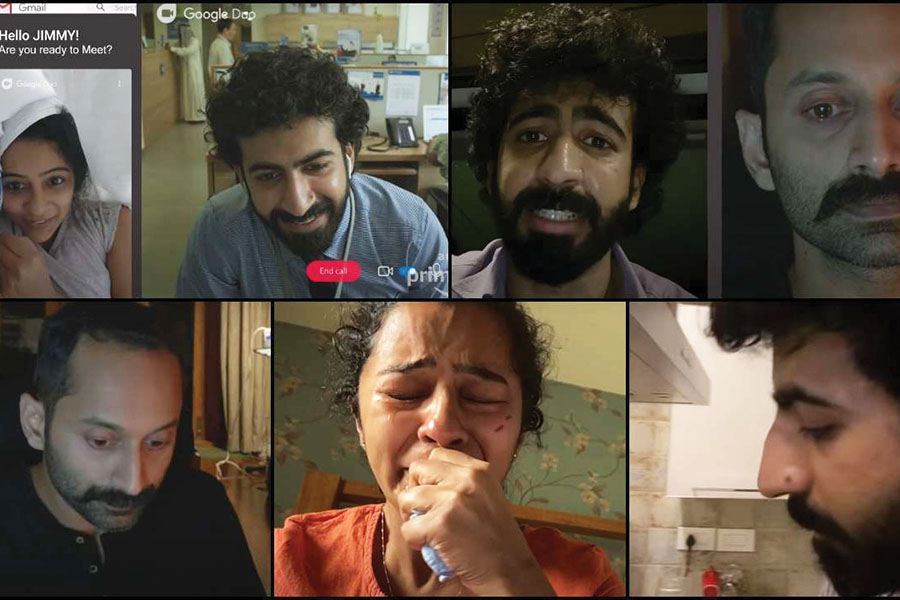 Besides films made during Covid times, the availability of earlier Malayalam films with subtitles on OTT platforms has excited a much wider audience. They are now realising what kind of cinema has been made in Kerala and connecting to it.

For the longest time, Malayalam cinema has had a content-driven approach and that has worked to our benefit during such times. Smart indie Malayalam films are receiving the same platforms as the heavily-vetted commissioned projects and they are evidently shining. Filmmakers are expanding the way they think, being true not just to their own audience and culture, but also others who are watching the films.

Their confidence is inspired by producers who are willing to take risks; producers who say, ‘Let’s do a different story. We have an interesting narrative, so what can we do in this circumstance?’ Being flexible and adaptable have helped us. The result has been making relatable films not just for people in Kerala, but also for those outside the state—after all, truly local is truly global. Now, with OTT, it is easier to reach those audiences as well. The availability of this avenue during the pandemic is a big boon. It is a win-win situation because OTT players are also getting good content within the prices they are giving.

In the past few years, OTT platforms were more interested if a project was in Hindi, Tamil or Telugu rather than in Malayalam. But when audiences are evolving to being language agnostic, I hope OTTs will see the opportunity and invest in fresh content makers

In Kerala, the film industry has been very open to OTTs, but I wonder if OTTs have been open enough to Kerala. A lot of Malayalam content is acquired by OTTs and given all the buzz around Malayalam films, one would think that OTT platforms are investing in creating Malayalam cinema. Surprisingly not. Imagine a producer who has made a fantastic film despite Covid-19, and then nobody wants to touch it? There are examples like The Great Indian Kitchen, which was rejected for acquisition by major streaming platforms until it gained national popularity via a much smaller OTT platform. I wish OTT platforms would directly commission this kind of fresh Malayalam cinema rather than limit it to acquisitions. That would reduce the risk on the gutsy producers and pave way for more good content.

In the past few years, OTT platforms would be more interested if a project was in Hindi, Tamil or Telugu rather than in Malayalam. Traditionally, those are the bigger markets for theatrical releases. But in a time when the whole paradigm is shifting and audiences are evolving to being language agnostic (like with Fauda, Money Heist and several Malayalam films), I hope OTTs will see the opportunity and invest in fresh content makers beyond those traditional markers.

When content acquired from a certain region does extremely well, I believe it would influence patterns of investing and commissioning projects as well. Some OTT platforms are starting to work that way and I think it will bring up fantastic content that will showcase the rich diversity we have in India.

This also requires an understanding and sensitivity towards the work culture of regional spaces as each one has their distinct strengths and limits. If OTT platforms step in earlier during the making of a film, with an understanding of a film’s cultural milieu and audiences without wanting to form-fit things to a singular frame, filmmakers and producers will be empowered to make cinema that does not get forgotten once it is watched. 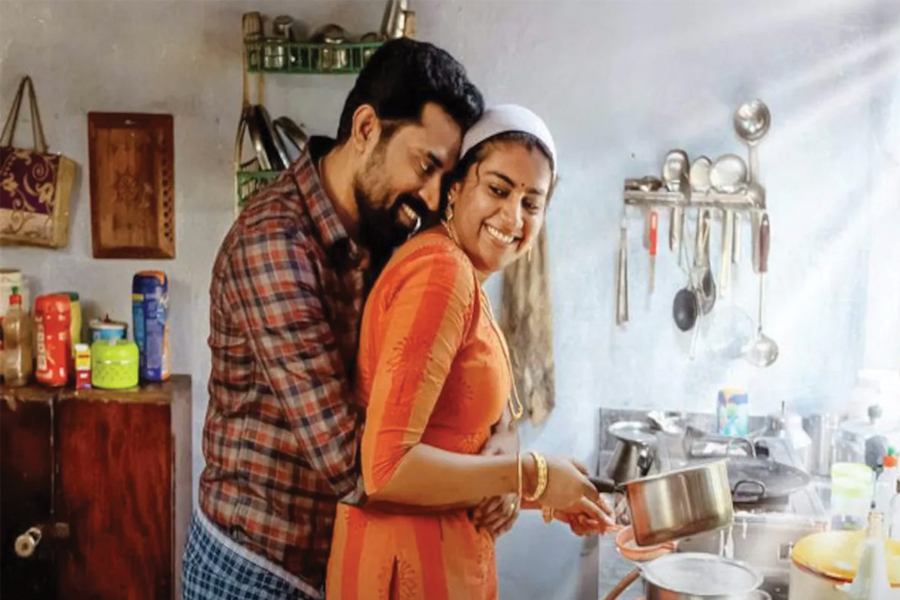 Support and Inclusion: The Way Forward

Even as films are being made and OTTs have emerged in a big way, the bulk of the Malayalam film industry is still shut down. Films that employ a lot of people and make it income-generative for the industry as such are not being made. Right now, individual producers working with smaller crews are making films, but the larger part of the industry is in serious trouble. When we talk about our crews and workforce, many people have been unemployed for a while now. Within the industry, there have been acts of solidarity with financial aid and vaccine facilitation, but we need government support. Until things reach a point where everybody can work, people will need support. The budgets of our films are small, so it is a day-to-day existence for a bulk of the workforce. There have been assurances from the government, but there is a constant conversation between the industry and the government for quicker facilitation of aid and support.

We are still in the throes of the pandemic, so I don’t know how things will pan out. But I am inclined to think that some of these changes that have come up will not go away. We may go back to theatricals, but audiences accumulated for home viewing are not going away. It could evolve into some kind of a blended system where both theatre experience and OTT content will coexist. Even people making films will have more clarity on who is their intended audience and how they want to screen it. The profile of the audience will be more defined into a theatrical audience and an OTT audience.

Working in the time of Covid, we have had to streamline our processes and work culture, right from having a clear count of who our crew is, whether they are tested, vaccinated etc. This kind of streamlining is highly beneficial to the industry, helping us develop a work culture that is compliant to all laws of the land regarding welfare of film workers.

The emergence of OTT during this time has also been beneficial from a gender inclusivity and sensitivity standpoint. OTT-commissioned projects have contracts with mandatory provisions like the implementation of PoSH [Sexual Harassment of Women at the Workplace (Prevention, Prohibition and Redressal) Act, 2013]. This is a much-needed change for ensuring safety and equal rights for women at the workplace, something that the Women in Cinema Collective in Kerala has been working towards. Given the gender sensitive leadership in the OTT space, I would love to hear news that content acquired by the major OTT platforms also must be made with full compliance to laws like PoSH.

(As told to Divya J Shekhar)

Click here to see Forbes India’s comprehensive coverage on the Covid-19 situation and its impact on life, business and the economy​

(This story appears in the 22 October, 2021 issue of Forbes India. You can buy our tablet version from Magzter.com. To visit our Archives, click here.)

Four-wheelers, buses allowed on Shiradi Ghat on Bengaluru-Mangaluru National Highway 75 during the day from 6 am to 6 pm

TPCC protest against questioning of Sonia Gandhi by ED