Low Speed: Man steals tow truck and leads police on hour-long extremely slow chase not going more than 10mph ‘after telling cops he had a BOMB on board like in 1994 Keanu Reeves movie Speed’


A man in San Diego has been accused of stealing a tow truck and leading police on an extremely slow chase, claiming he could not stop because he had a bomb on board like in the 1994 hit film Speed.

After pursuing the vehicle for an hour at a crawling pace on Monday night, police were forced to deploy spike strips and pepper balls to apprehend the Keanu Reeves wannabe.

A subsequent search of the tow truck turned up no explosives. 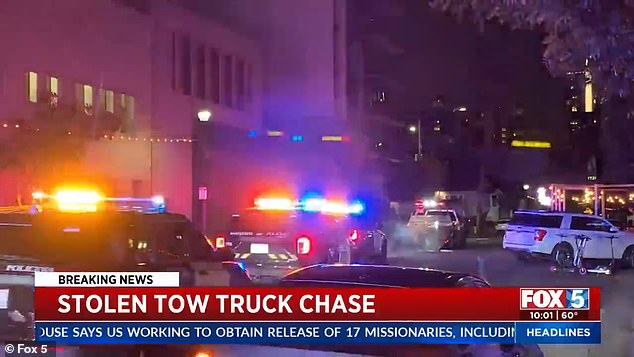 Police began pursuing the truck after observing it hit another vehicle 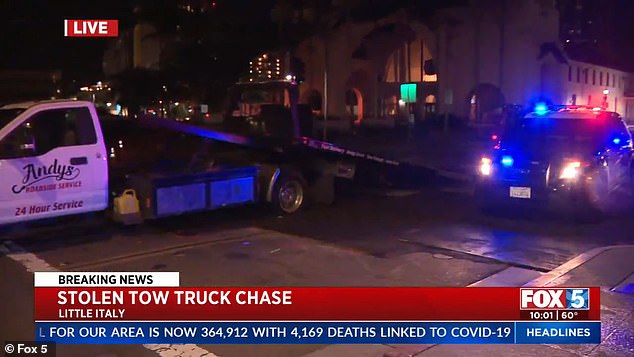 This Andy’s Roadside Service truck was stolen from outside a tire shop on Garnett Avenue at 7.45pm on Monday 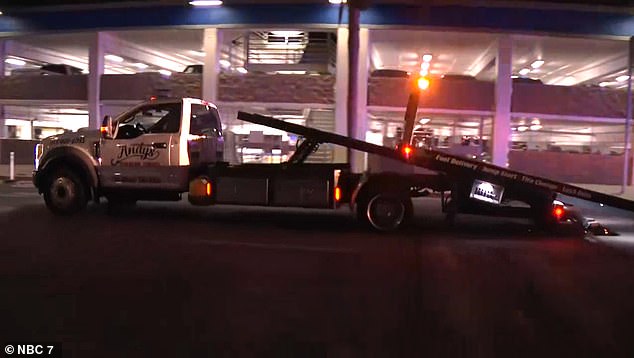 The bizarre incident began unfolding at around 7.45pm, when the unnamed suspect got behind the wheel of a parked Andy’s Roadside Service truck, which had just dropped off a vehicle outside Discount Tire at Garnett Avenue near Mission Bay Drive, and drove off, according to the police, as Fox 5 first reported. 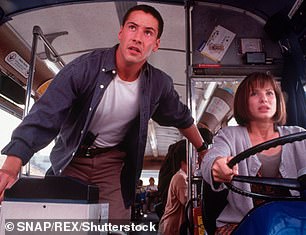 As it was fleeing, the truck hit another vehicle on Mission Bay Drive, which was observed by the police and sparked a pursuit.

The suspect then got onto southbound Interstate 5, maintaining a speed of no more than 10mph.

In the course of the hour-long low-speed chase, the driver communicated with the police over the phone, telling them he could not pull over, lest a bomb onboard the truck would go off, in a twist echoing the plot of the ’90s classic Speed, reported The San Diego Union-Tribune.

Police laid down spike strips across the roadway to disable the tow truck’s tires, but the pursuit dragged on.

When the vehicle reached Kettner Boulevard at Broadway in San Diego’s Little Italy neighborhood at around 9pm, cops began firing pepper balls into the cabin, which ultimately forced the driver to surrender. 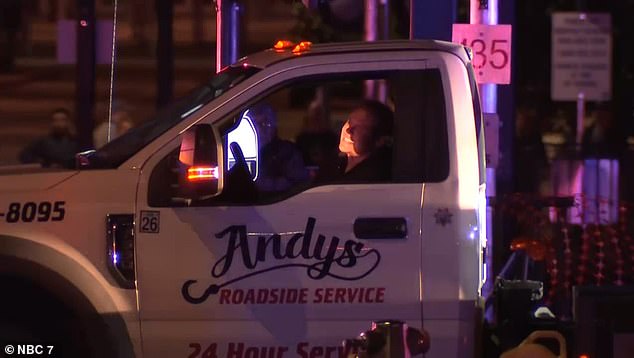 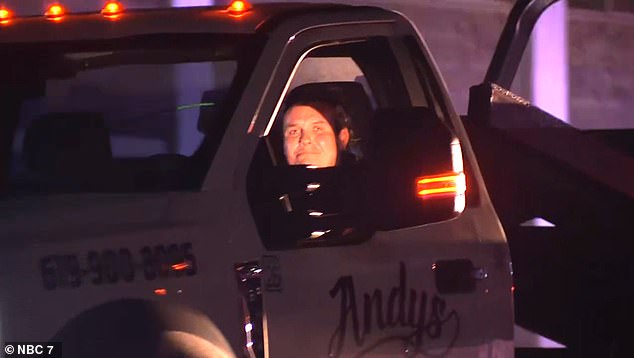 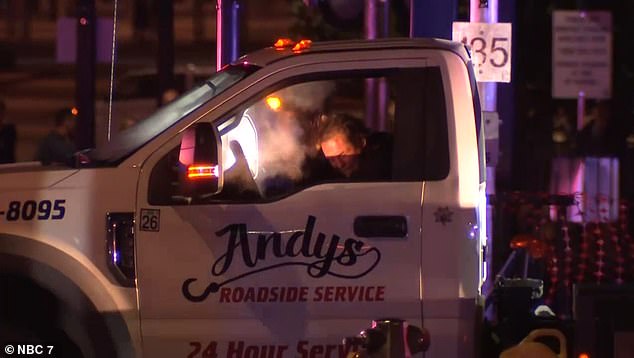 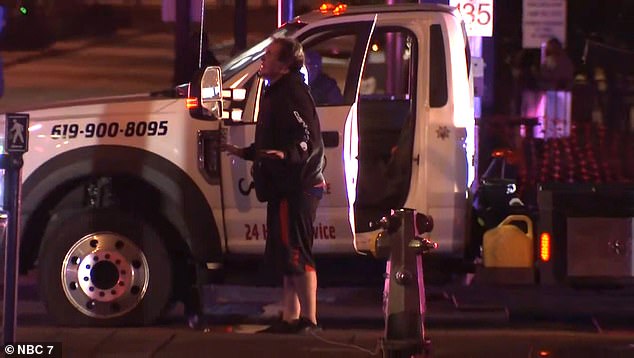 Ultimately, the suspect emerged from the vehicle and surrendered to the cops, bringing the chase to a close

Video shot by NBC 7 showed a disheveled and seemingly disoriented man wearing shorts emerging from the smoke-filled truck with his hands in the air.

He was taken into police custody and then transported to the hospital for a medical evaluation.

As of Tuesday morning, the suspect has not been identified, and it is unknown at this time what charges he would face.