Year 12 school leavers had sex on footy ovals and snorted drugs off each other’s bottoms as part of daring muck-up day scavenger hunts at the centre of a police investigation.

Footage shared on Snapchat of the Manea muck-up day appeared to show a young man using a bank card to snort a substance off a girl’s bottom.

BSHS students were also awarded 200 points for ‘stealing a mailbox’ and 300 points for ‘snorting a line’ with a local sex worker, The South Western Times reported.

A male student is pictured appearing to use a bank card to snort a substance off a girl’s bottom. Year 12 school leavers also had sex on footy ovals as part of daring muck-up day scavenger hunts at two Western Australian schools

Other illegal challenges included slashing a car tyre, having sex in the street, and stealing a stranger’s drive-through delivery order as it was being passed to them.

Videos also showed students jumping naked from a bridge, urinating from a tower and drinking from a bong as they documented their stunts.

One participant in a tradie uniform was filmed holding a pipe alongside the caption ’58’ – which referred to the task ‘drink bong water after doing a bong’.

Police are calling for witnesses to the scavenger hunts to come forward after WA education officials referred the footage to authorities.

Both schools were aware the hunts were being organised, and sent warnings to parents and police when teachers learned what the challenges would involve.

‘I am shocked that any young person would let themselves, their school communities and their families down in this manner,’ Department of Education deputy director-general Melesha Sands said. 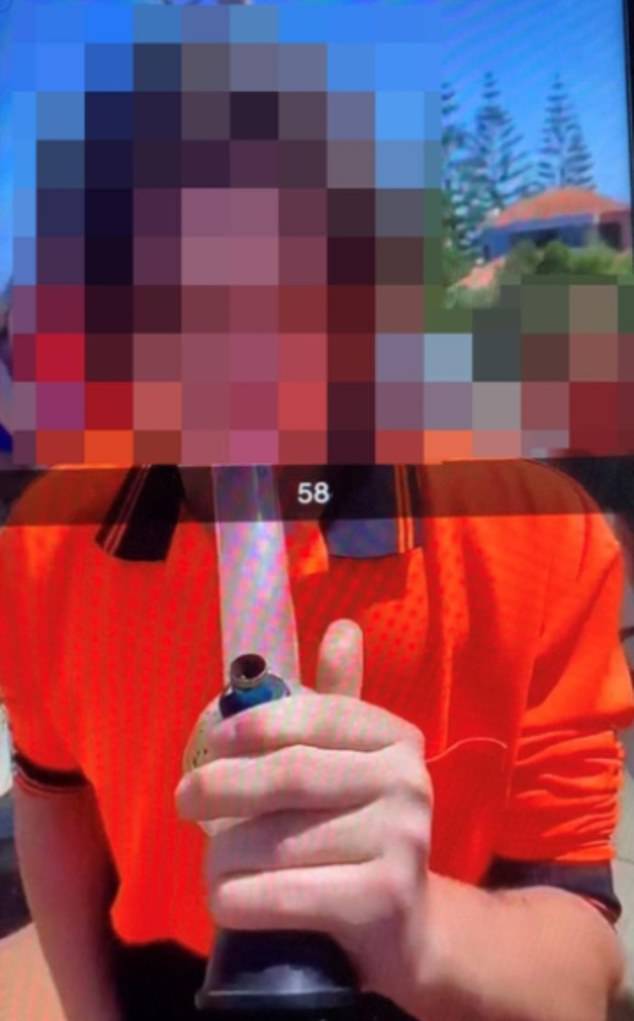 Hook up with someone you’ve f***ed

Hook up with someone from a different team

Skinny dip at the beach

Give or receive oral sex on a footy oval.

Snort a line off someone’s a**

Have a cone at school

Smoke pubes in a bong

Show up to someone’s house nake3d and ask for clothes

Snort a line with a sex worker

‘The end of Year 12 is a symbolic life event which should be celebrated, however, inappropriate or illegal behaviour is not acceptable and never tolerated,’ she said.

One of the state’s top police officers warned while the students’ actions may only lead to embarrassment for some, others could face significant legal action.

‘The checklist gives points for a photo with a cop — don’t let it be a mugshot,’ South West District Police Supt Geoff Stewart said.

Daily Mail Australia has contacted both schools for comment.

The revelation comes after white students dressed as what appeared to be ‘terrorists’ in Islamic clothing with water guns during Year 12 muck-up day celebrations in Sydney this week. 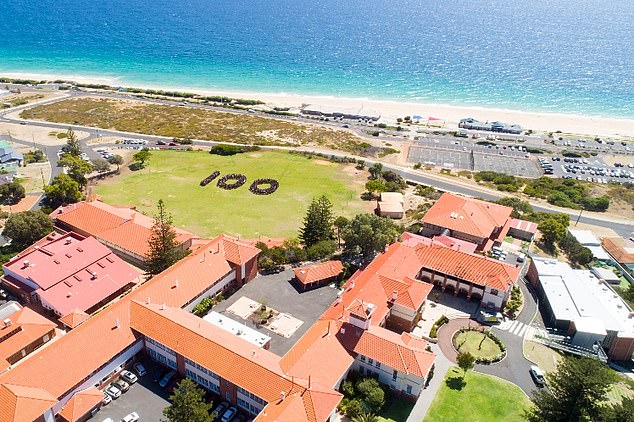 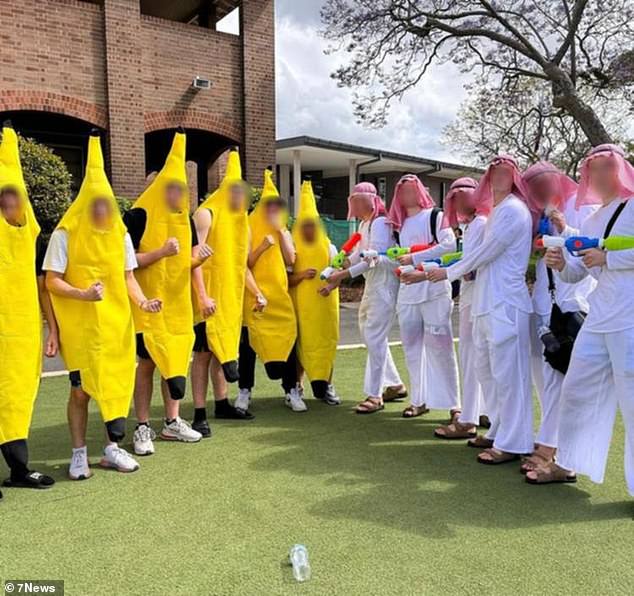 Six students from Gilroy Catholic College in Castle Hill in the city’s north-west wore the outfits to an end of year picnic for soon-to-be high school graduates on Wednesday.

Photos from the last day showed the male students dressed in a kaffiyeh – a traditional Arabic headdress – white shirts and pants and sandals.

The student who supplied the image to Seven News described the young men as ‘portraying terrorists’.