Sydney house prices have surged by $957 a day to a very unaffordable $1.5million – with monthly mortgage repayments approaching $5,000.

A typical home with a backyard in an Australian capital city now costs $1million, with three capital cities having mid-point prices in the seven figures.

The ability of more people to be able to work from home has also seen house prices surge at triple the pace of apartments, with unit values even shrinking in some cities.

In the year to September, Sydney’s median house prices soared by a ridiculous 30.4 per cent to $1.499million.

That means monthly repayments of $5,000 a month on a 30-year loan, even with a 20 per cent deposit factored in, if the mortgage rate has a three in front of it.

Even if a borrower, paying off principal and interest, fixed their loan for three years at a lower Commonwealth Bank rate of 2.29 per cent, they would still be owing $4,600 a month.

The affordability crisis wasn’t confined to Sydney with capital city house prices climbing by a record 21.9 per cent to $994,579.

This would see the RBA break a promise to leave the cash rate on hold at a record-low of 0.1 per cent until 2024 at the earliest as it focuses on keeping unemployment low.

Sydney, Melbourne and Canberra now have mid-point house prices in the seven figures.

But in another twist, Canberra has overtaken Melbourne to be Australia’s second most expensive capital city house market. 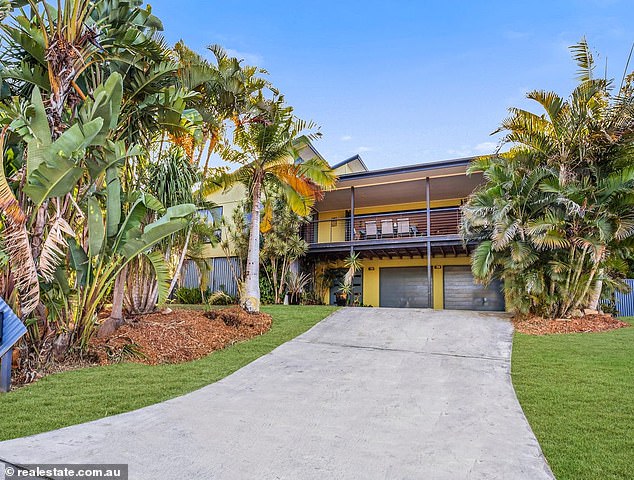 Source: Domain data on median house prices in the year to September 2021

The Domain sales figures were taken before the Australian Prudential Regulation Authority, the banking regulator, announced in early October that lenders would be required to model a potential borrower’s ability to cope with a three percentage point increase in mortgage rates.

‘Customers are borrowing more to keep up with rising prices and further driving house price growth,’ she said.

But Dr Powell anticipated a slowdown in the strong growth as new lending rules came into effect from next week.

‘This may start to slow down as new serviceability measures are implemented from 1 November,’ she said.

Sydney wasn’t even the market with the steepest price rises with Canberra’s median house price increasing by 32.4 per cent to $1.074million.

The national capital has now overtaken Melbourne to be Australia’s second most expensive house market.

As Melbourne endured its sixth lockdown since the start of the Covid pandemic, mid-point prices increased by a more subdued annual pace of 16.8 per cent to $1.038million. 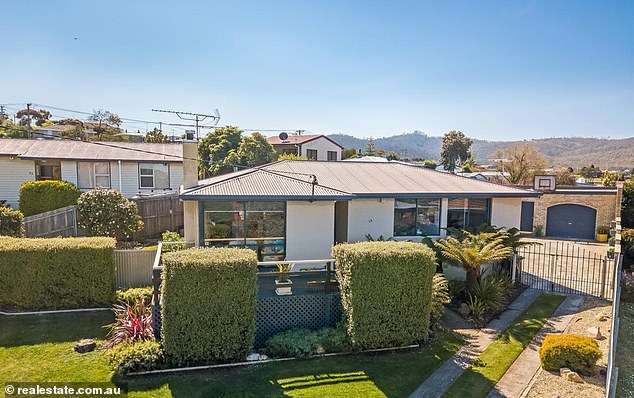 Perth was the only capital city market where prices didn’t increase in the double-digits on an annual basis, but only just, with median values rising 9.8 per cent to $598,601.

Australia is now a tale of two property markets with house prices soaring as apartment values grow at a slower pace or even go backwards as owner-occupiers instead of investors dominate real estate.

A lack of international students, as a result of the Covid border closure since March 2020, has also reduced rental demand in inner-city areas.

Canberra, despite being a very strong house market, was Australia’s worst apartment market with median unit prices in the year to September falling by 2.6 per cent to $489,710.

In Brisbane, where there are oversupply issues near the city, apartment prices shrunk by 1.8 per cent over the year to $396,609.

Sydney was reflective of the broader national trend where house prices increased at triple the annual pace of apartments.

This was slightly weaker than the capital city increase of 6.8 per cent taking the median price to $609,642.