Audi reports a strong 2021 for fully electric vehicles, despite the fact that the worldwide semiconductor shortage affected overall global sales. Last year, the company sold a total of 1,680,512 cars (down 0.7% year-over-year).

The momentum for all-electric Audi cars is high and translated into a record fourth quarter of about 29,100 BEVs (up 69% year-over-year).

In 2021, the BEV lineup was expanded from just a few models (Audi e-tron, Audi e-tron Sportback and the S-versions of both) to seven types, as the Audi e-tron GT/Audi RS e-tron GT and Audi Q4 e-tron/Audi Q4 Sportback e-tron jointed the lineup.

At this point, it’s clear that in 2022, Audi will sell a six-digit number of electric cars.

According to the company’s strategy, in the next few years, the number of all-electric models will triple to more than 20.

Here are the main points: 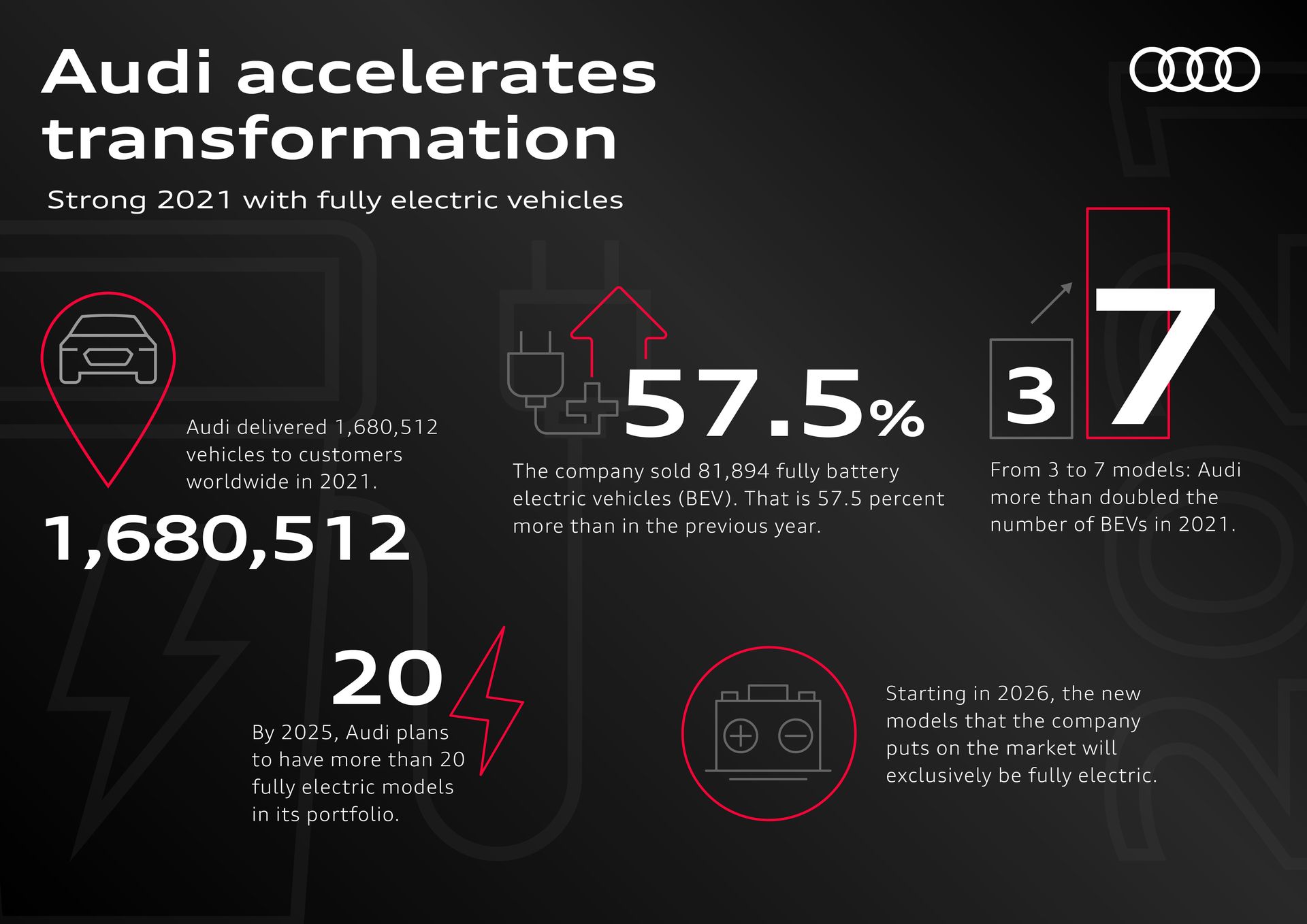 Soon, the company will launch new, MEB-based models in China, which should further accelerate the transformation to BEVs. 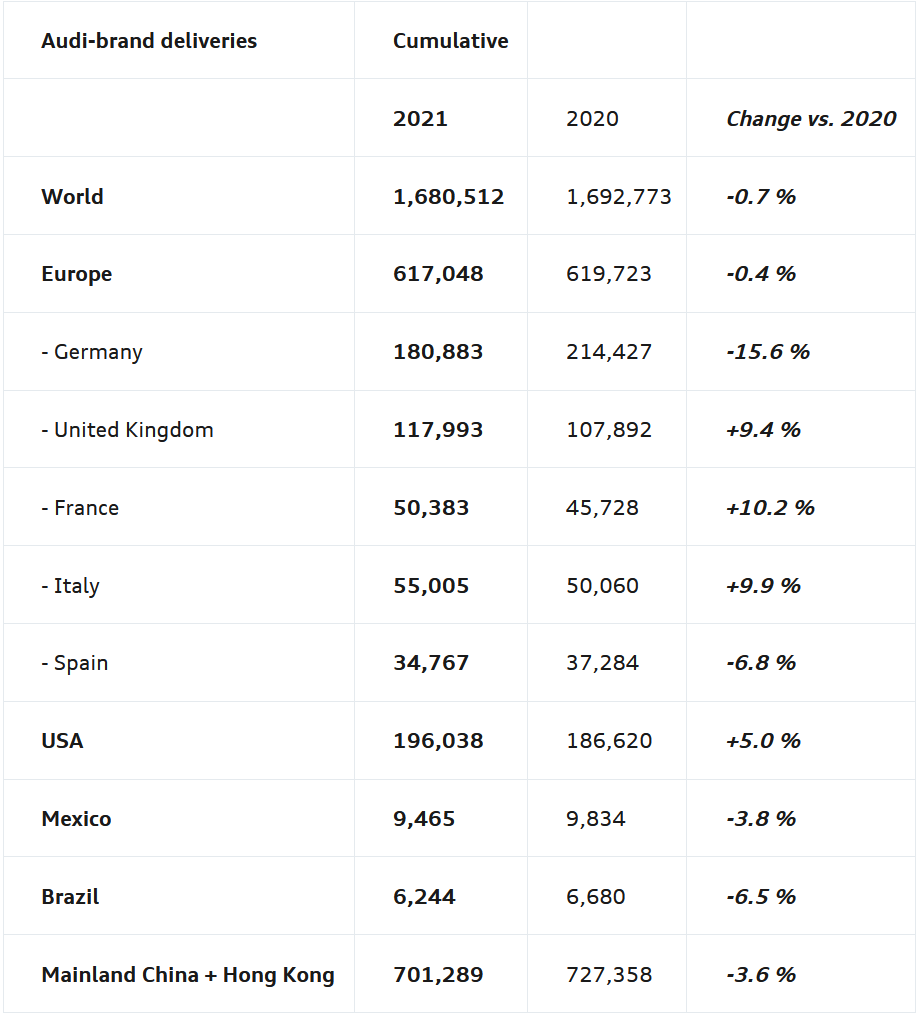 Using origami and kirigami to inspire reconfigurable yet structural materials