Las Vegas police who botched an arrest and put the wrong Shane Brown behind bars now face a costly lawsuit for their embarrassing mix-up of a young black man and a middle-aged white man.

Shane Lee Brown, a black man, now 25, spent six days in Henderson and Clark County jails in 2020 after being mistaken for Shane Neal Brown, a then-49-year-old white man, because they have the same first and last names, and a warrant was out for Shane Neal for possession of a firearm by a prohibited person.

The younger Brown is now suing the Las Vegas Metropolitan Police Department (LVMPD) for $550,000 for the mix-up, seeking $500,000 under federal law and $50,000 under state law. The Atlanta Black Star reported that he filed the suit on January 7.

‘Had any of the LVMPD police or corrections officers performed any due diligence, such as comparing Shane Lee Brown’s booking photo against the existing mug shot belonging to the world, white ”Shane Brown” named in the warrant, they would have easily determined that Shane Lee Brown has been misidentified as the subject of the warrant,’ the lawsuit states. 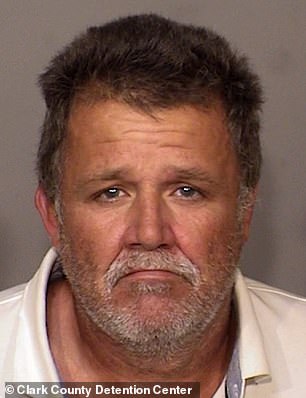 Shane Lee Brown (left), a black man, 25, was wrongfully arrested after being mistaken for then-49-year-old white man, Shane Neal Brown (right) on January 8, 2020. The young man told multiple officers that he was not the right man, but authorities failed to review reports, keeping him in jail for six days

Not only did police mix up Shanes, but they failed to realize that the man they were actually looking for, Shane Neal Brown, was already being held in custody in San Bernardino County, California, authorities discovered on January 22.

At the time of his arrest on January 8, 2020, Shane Lee Brown did not have any identification on him and was only carrying his Social Security card.

He told Henderson, Nevada, police his name and gave them his Social Security number and card – which can include a person’s middle name. When officers ran the name Shane Brown, a bench warrant popped up for possession of a firearm by a prohibited person.

Shane Neal Brown was busted for a gun charge in 2019, but failed to appear in court in November of that year. A judge put out a bench warrant for his arrest at the time, ordering no bail if he was found.

Shane Neal Brown’s rap sheet dates back to a felony in 1994 and he was charged fives times in 2019 alone. He’s described as being an older white man with brown hair and blue eyes, has a beard and stands at 5-feet-11-inches tall. Shane Lee Brown, who was 23 at the time, is a 5-foot-7 black man and has no criminal record. 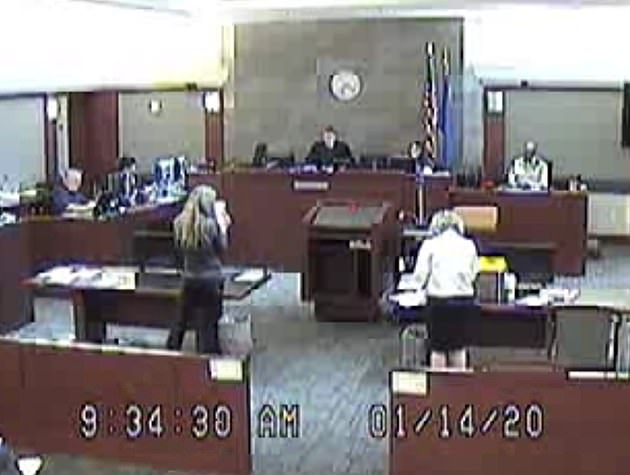 Where were the Shanes during the mix-up

January 8, 2020: Shane Lee Brown is arrested in Henderson, Nevada, after authorities ran his name and found a bench warrant under ‘Shane Brown.’ The warrant actually belonged to Shane Neal Brown

January 22: Las Vegas authorities found out that Shane Neal Brown was being housed at San Bernardino County in California

Despite telling ‘numerous unknown Las Vegas Metropolitan Police Department officers and supervisors’ that he was not the same Shane Brown they were looking for, officers failed to properly verify their suspect and filed paperwork on January 10, 2020, saying they had ‘Shane Neal Brown’ in custody.

Authorities didn’t ‘bother to review its own records to determine whether Shane Lee Brown was the subject of the warrant,’ court documents said.

But officers should have been able to easily discover that they had the wrong man in custody, as Shane Neal Brown’s numerous other booking photos were available in the custody records system.

Shane Lee Brown would not get out of jail until January 14, 2020, when he attended a bench warrant hearing and his public defender told the court they had the wrong guy. He was immediately released by Judge Joe Hardy after an unidentified public defender showed a side-by-side photo comparison of the two men.

Shane Neal Brown would appear in court later that month and accepted a plea deal.

DailyMail.com reached out to the LVMPD and Shane Lee Brown’s attorney, Brent Bryson.