A massive fire has erupted inside a church building at a primary school in the Melbourne suburb of South Yarra.

Up to 60 firefighters arrived on the scene Punt Road at about 6:30am on Thursday to find the church completely engulfed by flames.

The fire is believed to have spread to the kindergarten attached to the school.

South Yarra Primary School was in close proximity to the flames but appears to be unaffected following ‘remarkable’ efforts from firefighters.

Residents in a one kilometre radius of the flames have been told to close all exterior doors and windows to protect from smoke and flying embers.

Images of the scene show towering flames as tall as buildings and large clouds of black smoke billowing from the scene in the city’s southeast.

Footage from above the blackened church shows the roof had been completely destroyed by the blaze.

Incident Controller Mitch Simmons described the rear of the church as ‘well alight’ and said the cause of the fire was still unknown.

‘At this stage our fire investigators are coming on scene and they will work closely with Victoria Police to try and get a cause,’ he told 9NEWS. 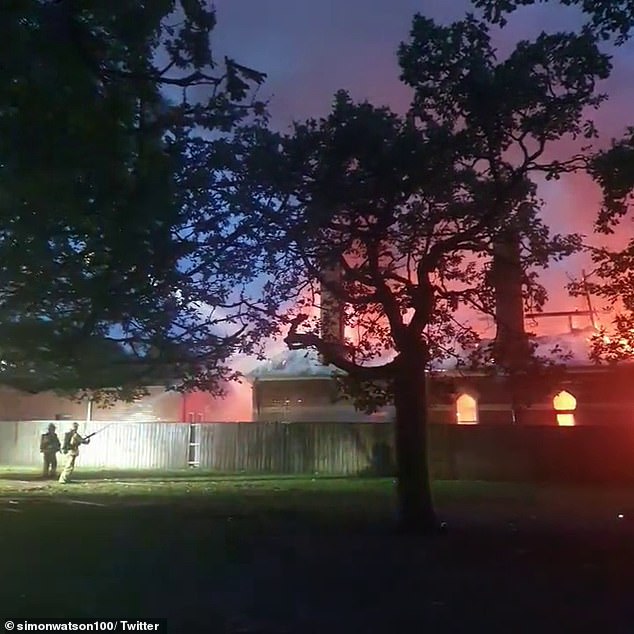 A Fire Rescue Victoria spokesperson said firefighters were able to stop the flames spreading to the front section of the large L shaped church.

‘The rear section and roof of the building has sustained extensive damaged,’ they  said, adding the fire had been declared under control just after 8am.

It is understood two firefighters were injured while fighting the blaze with Ambulance Victoria treating one patient at the scene.

A Watch and Act has been issued for residents in Albert Park, Cremorne, Melbourne, Prahran, Richmond, South Melbourne, South Yarra and Windsor.

The fire has caused major delays along Chapel Street with Punt Road closed between Toorak Road and Commercial Road.

Motorists have been advised to alternatively use St Kilda Road or Chapel Street as VicRoads monitor congestion and public transport movements.

Residents in a one kilometre radius have been told to avoid the area. 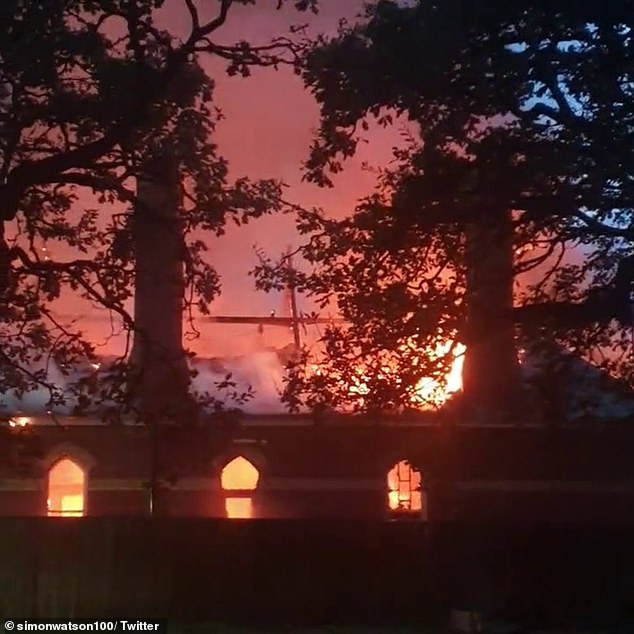 Up to 60 firefighters arrived on the scene of the blaze at about 6:30am on Thursday, with a school believed to be in the vicinity of the fire.