A clever cockatoo travelled alongside Sydneysiders on public transport on the way to the casino and even paid for its fare.

The yellow-crested cockatoo named Cookie joined passengers on the tram from Central Station to the Star Casino on Sunday night.

Passengers looked on as the native bird perched itself on a tram handle with one claw and played with an opal card – a smartcard used to pay for travel on public transport – with the other.

Tiktok users were impressed by the cockatoo’s etiquette despite the bird playing with the card in its mouth and then dropping it on the floor.

‘As soon as Cookie dropped the Opal Card, I would’ve said: excuse me, you dropped this. Then, place it back in its mouth,’ another commented.

In another video shared with Cookie’s 10,000 followers, the bird is on its owners arm holding its opal card in its beak.

One viewer joked: ‘Well NSW PTC can’t come at him!! He’s tapped on!’, reffering to the state’s practice of checking a passenger has paid their fare.

The raucous screech of the Sulphur-crested Cockatoo can be heard in many parts of eastern and northern Australia. 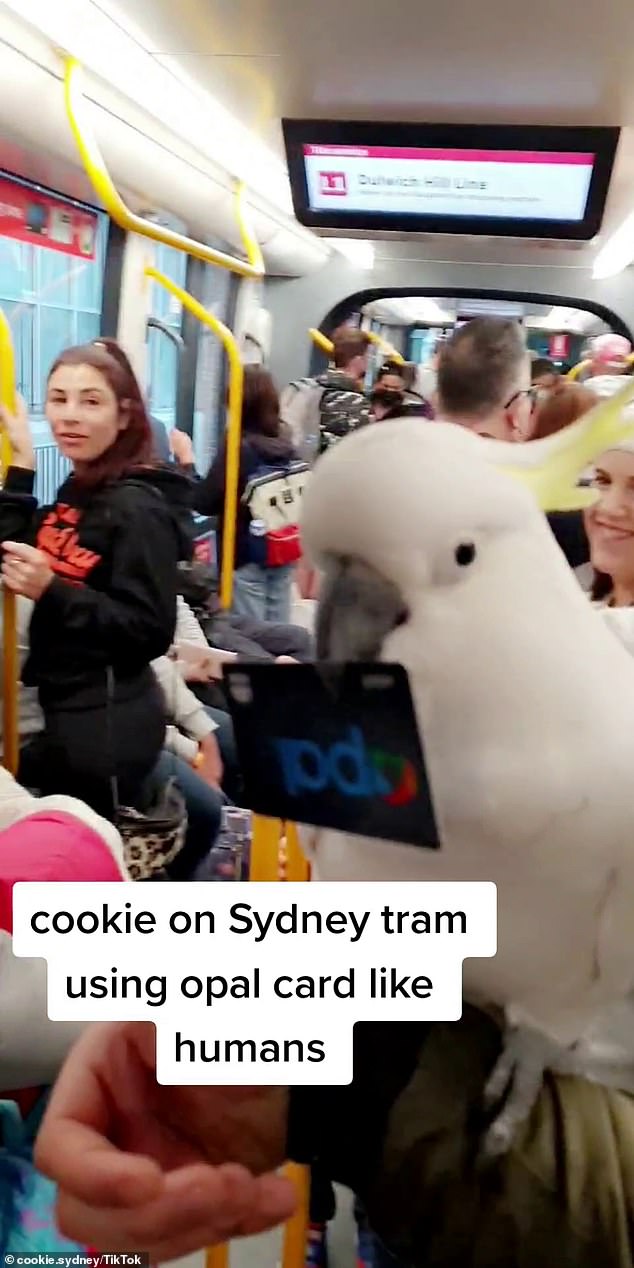 Flocks of hundreds of snow-white birds with pale-yellow crests can be a spectacular sight when seen in the distance, but up close their calls can be deafening.

Cockatoos usually spend most of their time in flocks, foraging together on the ground or roosting together in trees.

These birds are considered highly intelligent and are often hand-raised by humans from three weeks old – making them ideal pets.

They have the learning capacity of a one or two year old human child and are often taught to speak words and phrases.