Watch one of the most insane front-line police videos you’ll EVER see as brave cops take down a feral dad who shoots them with their OWN Taser – before declaring: ‘I am the king’

Wild footage shows the moment Victorian cops were forced to fight off an angry dad wielding a baseball bat.

Senior Constable Rowan Baldman and Constable William Ringin bravely fought off Steven John Cleary in hand-to-hand combat despite the clear risk to both of their lives.

Shocking footage released in the County Court of Victoria on Wednesday captured Cleary charging at the officers with the bat, which had been sheathed in a black bag, in Warrnambool on the state’s southwestern coast on October 9 last year. 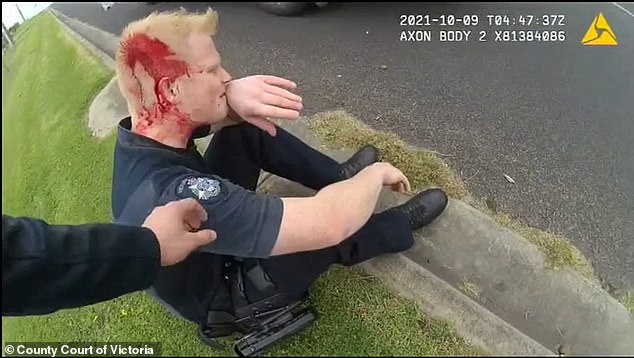 The savage attack left the officer bloody in the gutter 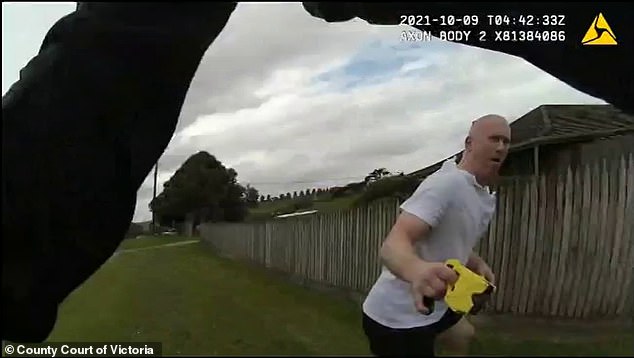 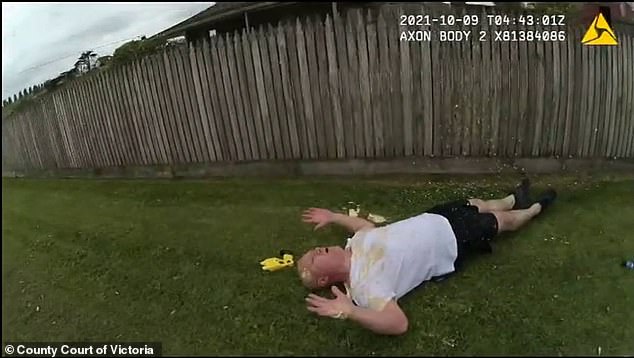 Moments earlier, the police officers had been trying to identify Cleary’s son, who had been stopped for blocking traffic and failing to wear a mask under Victoria’s strict pandemic restrictions at the time.

In bizarre scenes, the 15-year-old is seen calling his father via walkie talkie.

‘This is 3-7-7. I’ve got a couple of coppers over here. They are trying to intimidate me. I’m in Megennon St. Come down,’ he tells his dad.

When Cleary arrived at the scene he is seen telling his son to go home.

As police tell Cleary to back down, his son grabs at Constable Ringin’s gun, causing all hell to break loose.

Video shows Cleary swing the bat at Senior Constable Baldam, knocking him to the ground.

Crouched in the foetal position, Clearly repeatedly belts him in the head.

Worried his partner is about to be killed, Constable Ringin charges at the brute, who bashed him several times before being disarmed. 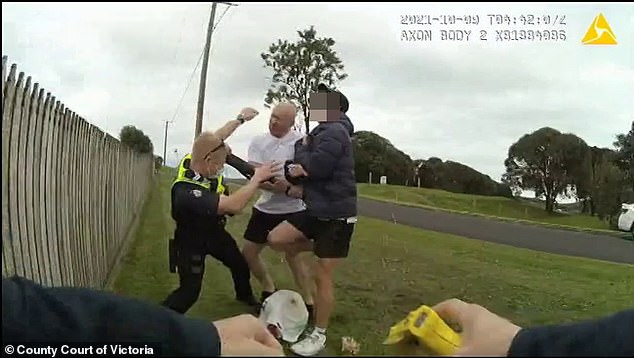 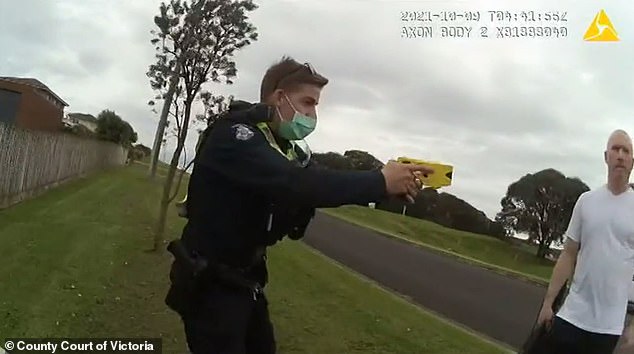 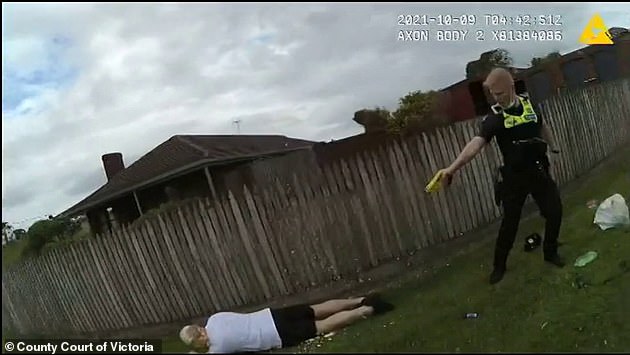 As the fight continued, police allege Cleary managed to grab a discarded Taser and fired it into Constable Ringin’s ballistic vest as he rushed toward him.

The officer managed to strike Cleary at the same time, which caused him to go to ground still clutching the weapon.

Cleary was still holding the Taser when Constable Ringin deployed OC foam directly into his face in an effort to disarm him.

Upon being cuffed, Cleary muttered: ‘Gentleman. I am the King. Get your hands off me. I am the King. You are a Roman Dog and this is an act of war. He stated “in the name of Lord Jesus Christ, I command you to get off me”.

‘In the name of Lord Jesus Christ, I command you to get off me.’

Cleary was taken to hospital and then jail, where he has remained since.

The brazen thug has pleaded guilty to three charges, including assaulting a police officer, affray and intentionally causing injury.

He faces up to 10 years in jail upon sentence on Friday. 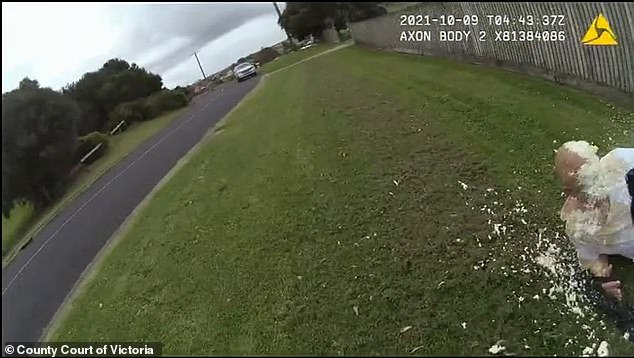 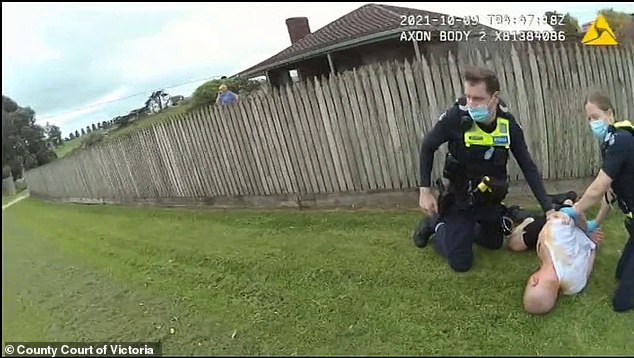